Life's going on at a comfortable rhythm thanks to shutting off the news from the outside world. I get the odd call from Choudary who keeps me informed of the alarming number of deaths and cases but that's expected and handleable. Anyway, he calls me only once in two days or so. I'm so getting used to this life in isolation - something I chose when I chose to write. (And feel like a fraud!) 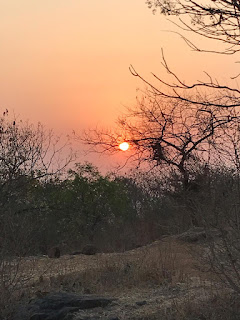 Most the morning went into my cleaning chores which are somehow becoming easier by the day. Journal, couple of calls, and I started to work on an idea for the HANS article which is always that much more to write than the Express article. The key I found is to connect two disparate ideas - like love or politics - or use exaggeration, or take potshots at something popular. The last is lazy. Anyway, these days I throw the idea and ask a few friends and some idea gives me the germ to begin with.

Tomorrow we have the second online class and I have rather limited time to complete the course so I better plan this well so the students benefit the most. Surprisingly the movie has gone out of the window yesterday though I managed to complete an old Kamal Haasan movie I was watching 'Manmatha Leelai'. A 70s film which was quite popular. Made some progress with Bruce Lee's fascinating bio.

Afternoon table tennis was quite hectic again followed by the evening meditation. More cleaning and stuff. A couple of calls, and back to sending the final HANS article, writing the synopsis for the last class and this blog where I suddenly felt I was sharing too much information.

Anyway, there was a moment of panic this morning when during Anjali's online class and Shobha's interview, the wifi went off. Suddenly visions of a life minus wifi scared us, and fear set into the bottom of the stomach. And then we found that the internet guys were working on some problem and soon all was well. A major crisis was averted. Such are the problems we have in these times.

There were some interesting thoughts conveyed to me today, but I forget and will relate when I remember. By end of day Pooja, Miskil, Madhu, Choudary, Vijay Lokapalli, Abhinay had called.

Some clarity. Some endings. Some beginnings. Life's like that.
Posted by Harimohan at 10:29 PM