Rumble at Ratnadeep
I got up, got dressed, wore mask and headed off before the stores shut off at 11. Ratnadeep had long lines. I gritted my teeth and joined one. All was going fine until the other line, where people were doubling up because of the sun, started complaining that the security guy was not bing fair and was letting people from this line go ahead, people who came later than they did. The security guy put up a fight and said - no, two lines - that's it. The guys in the queue started getting restless and asked him to call the manager. The security called the manager who started off with his rule book - two lines. Then when the guys started complaining - for no reason if you ask me - because they were close to the entry, the manager lost it and came up with a most unfair decree. Let this short line join the long line - and left.
Now that meant we had to join the other line after another twenty chappies. I refused to budge. Seeing me, three youngsters ahead of me, two girls and a boy who was charming them from behind his mask, also held their ground, albeit silently. They decided to let me do the talking. I waited for a while until the lady who was actually behind me came up in the other line. Then I told Mr. Security-Rule-Book-Changer that he should let us go in now and all will be well - he will have only one line. He refused and hooked his head. I started yelling at him. The manager came and I yelled at him and told him it wasn't our rule that there were two lines. It was theirs. Seeing the irrefutable logic in my yelling the manager quickly let us in and all was well.

Thanks to the new timings the inside of Ratnadeep was as crowded as any regular non-lockin day and people were bumping into one another in crowded aisles. I picked up my few essentials and headed out in double-quick time. Man, this manager ha completely changed his attitude after the lockdown. Earlier he would be all smiles etc and be willing to cater to all my whims and fancies and now he acts like he will report me to the cops. Will the shopwala and customer dynamic change forever? Will they boss over us now despite the fact that we pay for the goods? Will we have to grow our own food if we are egoistic people? Such thoughts crossed my mind.

The Mystery of the Missing Drain Hole
Back home I realised that the sanitising of stuff is a long and laborious task and I am very good at long and laborious tasks because I am very good at making simple and easy tasks into long and laborious tasks. While at that I realised that the good sink developed a block so a couple of hours were spent trying to find out the outlet from the sink - incredibly after two hours I gave up. It does not seem to have an outlet! Where has all the water been going all this while? What kind of an engineer, architect, plumber designed this amazing drain with no drain hole? Anyway, I called the plumber and he gave me some ideas, including one where he said he would try and walk over tomorrow to help locate the missing drain hole.

Therapeutic Stuff
Lunch and some therapeutic activities after all these stressful moments - the first being deleting useless photos from my computer. I find that very therapeutic. The second being the meditation where I normally sleep. 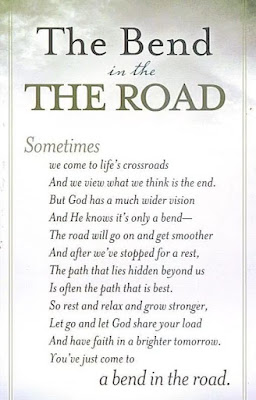 And one from I forget who 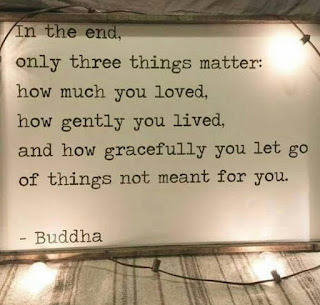 I don't know if the Buddha said this but quite likely he did. Anyway, seemed like good advice. 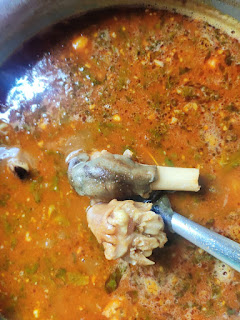 I can almost smell it.

Creative Work
Some creative work with candy wrappers. A colorful family of three. One ghost. 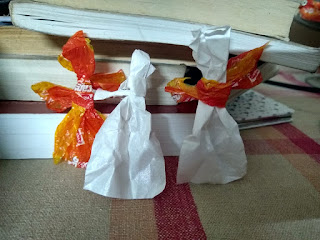 Diya Lighting
After lighting the diya again today I retire to watch the 'Joker' on Amazon, or any other suitable entertainment. But before I go I must tell you - I got a call this morning from one of my neighbours (one of the few I speak to) asking me why I lit a diya. I told him my reason. He appeared relieved that he had not missed any notification from the government in that regard. Is lighting the diya seen as an act of protest? An act of independence? Or will it merely be seen as lighting a lamp?
Only time and my neighbours will tell.

Posted by Harimohan at 9:50 PM