Anjali checked her school files on the net and suddenly exclaimed. She found that someone had copied her assignment and submitted it word to word. She was very disappointed at how her friend could do that. 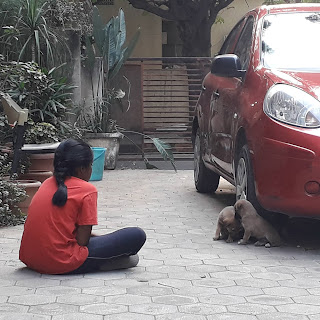 I was not sure if she checked properly, so I asked her if she was sure. Anjali read out a part where I had contributed a small phrase - no doubt about it. It was hers. I wondered what she would do. Would she confront? Would she complain?

As simple as that.

The friend agreed, said sorry, and said she would resubmit. Wow. Things are really simple when you take them head on it looks like.

I was very impressed with Anjali though - for not complaining, for not putting her friend down, and for showing her the right way to do this thing. I can imagine how I would have complicated this issue.