Watched 'Bangalore Days' on Hotstar which seems to be allowing some movies to be watched free. Long but nice. Also finished watching a docu series on the Second World War - ten episodes - and it shocked me even after all the information I had about it earlier. The cruelty and greed of the people at the top could control anyone with their 'rules' and 'national pride' - 75 million people died in the war - 20 million military and 40 million civilians including genocide. Just mad leaders who led their millions to do all kinds of atrocities. It's time to get some sense and knock off the mad leaders.

Messiah of Lockdown
Came across this link - of Salim Kodia, of Kodia group of companies - who distributed 5 lakh food packets so far. A former cricketer who played for Islam Gymkhana Salim attributes it all to god.


Army Gets Into Action
The Army got into action too. In a different way. 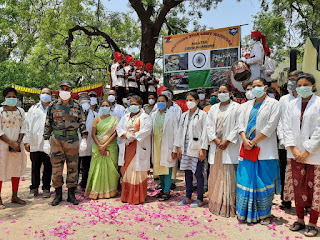 They organised a fly-by and dropped flowers on hospitals, lit some ships and also played a band to encourage COVID warriors and police.
https://www.news18.com/news/india/iaf-flypast-live-updates-time-covid19-warriors-srinagar-thiruvananthapuram-navy-mumbai-delhi-shower-petals-2603159.html

Former Chief of Indian Navy Admiral Ramdas has a view on this.
https://sabrangindia.in/article/mayday-mayday-mayday

However, I took inspiration from the army and did my bit. I lit a lamp. I am sure the migrants and the poor are quite thrilled with this. 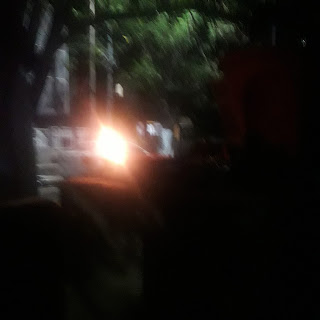