Lessons Others Taught Me 5 - Shobha (Pay Up, Don't Bribe)

There used to be a system where a municipal tax collector would come home every six months and collect tax in the 80s. After my father died, my mother would be paid visits by this slimy looking collector. He would tell her that actually our tax is much higher than the 600 bucks we were paying and he was taking pity on her and if she paid him a bribe of 600 bucks, he would not charge more. Poor mother would pay, not knowing any better. Considering my father's pension was Rs. 700 odd, it was a lot to pay six monthly. 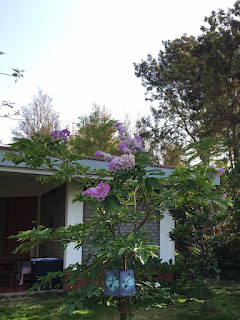 One day, Shobha and I were at home when that guy came. The same drama went and he took his money and went. Shobha asked me why we were paying him. I told her the story. That Mom was dealing with him so I let her.

Shobha said something very simple. 'If the real tax is higher, you will have to pay it sometime or another. As well pay it now instead of paying both.'

I told Mom. She nodded. The next time he came, we told him, we'd pay the actual tax amount, but we needed a receipt. He tried to scare, cajole and finally made out a receipt for - Rs. 600 bucks. That was the actual tax.

Ever since I have never paid the short cut bribes knowing that there really is no short cut. As well pay what you owe. Police fines etc I have been paying the full penalty instead of a bribe. Life's become much simpler now. Thanks Shobhs. That was a huge lesson.
Posted by Harimohan at 8:48 PM