1981. Malayalam. Adoor Gopalakrishnan's movie (Rat Trap) is a comment of the crumbling feudal system in Kerala and its inability to adjust to the changing outside world. An unmarried landlord Unni, scared of everything including rats, women and the world outside, and his three sisters with contrasting personalities - the first one is married and capable of handling her own, the second sacrifices herself for everyone and the third is a rebel. They all have to escape the rat trap, their feudal bungalow, one way or another. 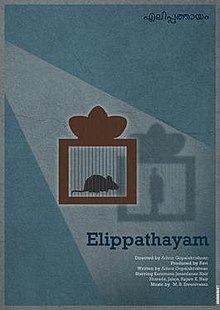