Anjali read this book and suggested I read it too. It's a bunch of short stories and I looked forward to reading them. Overall it's a disappointing collection though a couple were nice. 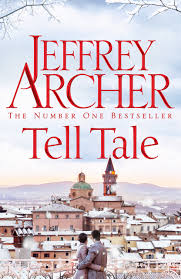 'Who killed the Mayor' had an interesting ending but I found the story improbable. 'A Gentleman and a Scholar' was weak all through. 'All's Fair in Love and War' was a bit complex for me. 'The Car Park Attendant' was an intriguing story - simple enough to pull it off. 'A Wasted Hour' - hmmm, nice, but no bang. 'The Road to Damascus' was another forgettable one that I didn't recollect.

Overall a quick and pleasurable read. My criticism is mainly because I expect high standards from Jeffrey Archer and though there were there, they weren't quite there. Perfect though, for a train or travel reading.
Posted by Harimohan at 9:34 PM