1981. Kannada. Top 100 Indian films list. Puttana Kanagal. The movie is a complex one but told very well. A touring theatre and its ups and downs, the life of an artist and the pride they carry, patrons and their demands aside the movie focusses on the main female lead, called Rangu, short for Ranganayaki. Aarthi performs brilliantly as the heroine, fully devoted to her art, before a besotted patron marries her. He changes after their marriage and cannot stand any connection she has with the theatre group. The couple has differences and he takes their son and disappears. Rangu rejoins the group, gets a role in a film, and quickly climbs the rungs in the film world. In Bangalore, she meets a young man who she grows fond of, not romantically, though there are rumours. The boy, however, falls in love with her. And towards the end, we realise he is her son from her marriage. So many characters, twists, but each dealt with so authentically that I felt this was based on a real story. Fabulous. 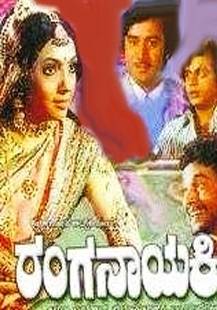 Posted by Harimohan at 9:48 PM