I was thinking a while ago what my biggest passion in life was. Passion, qualified in terms of that thing for which I went to great lengths to acquire, achieve and enjoy. I thought of people, books, cricket, travel, food, movies, women, laughter, life and then came to the one thing that took the cake - music. I do love my life, laughter, people but I sort for take them for granted. I do make some effort where movies, travel and books are concerned. I do actually make some sacrifices when cricket and women are concerned. But what I really care for, one for which I'd travel miles for, one for which I made many kinds of sacrifices for, one for which the acquisition of each had the anticipation of getting myself a great gift, one that does not make me feel guilty to spend on myself - that surely has to be music. 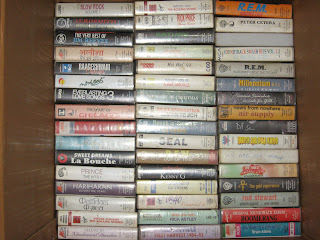 The acid test for me is this. What is the one thing I'd spend on to enjoy it. Not cricket though I love playing the game - I never bought a bat after my childhood days and preferred to borrow it from one of my more affluent friends (perhaps that's why I became a bowler because bats were too expensive to buy). Not food because I have limited requirements when I am by myself. Not women because I have perhaps only invested time with them and nothing much more (not the diamond ring type). But when it came to music I had no issues with money. 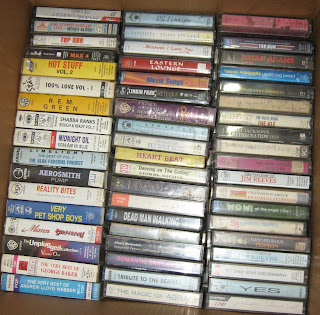 My first taste of financial freedom came when I went to Bangalore to represent Hyderabad in the Under 15 tournament. We'd carry a few hundred rupees for safekeeping and I'd saved up a couple of hundreds after some spartan spending on food. Those were the days when my father purchased a cassette player at home. So I browsed a store on Brigade Road and carefully spent a fortune on buying four cassettes - ABBA's Greatest, Chilly's Come to L.A., Kraftwerk and another that had an assorted mix of songs including Funky Town (or was it Lipps Inc?). Ah, heaven. I listened to those songs over and over again. Those tapes are still with me except Chilly which my cousin Sanjay borrowed with a promise to return a few years ago. 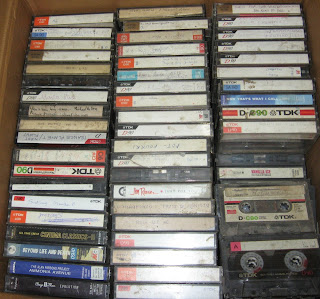 It became a regular feature of all my trips - save up money so I could buy a cassette or two by the end. That was the only luxury I allowed myself. Where Venkatpathy would splurge on a beer or a gift for his girl friend, I'd buy cassettes. My collection slowly grew and I would plague those friends of mine who had music decks that could record to record some cassettes for me. More cassettes followed. I'd save up money and scrounge and take the bus to Basheerbagh to buy cassettes in Sangeet Sagar. I bought a good many cassettes there including YES, Jetthrotull, Bryan Adams, Rick Springfield, Samantha Fox, Men at Work, Police and so many more. And from there I discovered a little store in Chirag Ali lane that sold some really rare tapes (I had one from Little River Band - a rock collection which was truly interesting), the gift shop in Nallakunta and so on and so forth. I foraged old cassettes that could be taped over and I think I erased some bhajans etc my Mom would listen to and taped some western music on to that. 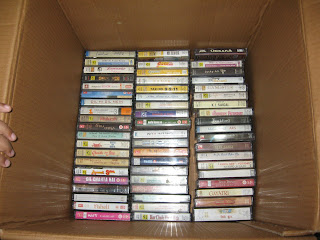 I hooked up our humongous Phillips radio to the little cassette player and made a bigger sound. I would be enthralled when I heard the sound of the music decks that Vidyuth and Naresh owned. In fact in those days much of our conversations revolved around music. While Vidyuth introduced me to Daryl Hall and John Oates, Michael Jackson, Alan Parsons Project, John Seger and the Silver Bullet Band and so many more Naresh and I spent endless hours listening to ABBA and Michael Jackson. By myself I had the company of Boney M, BeeGees and the rest. I remember I even made a gift of my Dad's vinyl record - that of Ananda Shankar - to Naresh. Similarly I gifted a Jetthotull that somehow wormed its way to me to Sai. I was a great one to donate my Dad's stuff. As with books he also had a huge collection of music, vinyl records, and for someone who probably did not know much Hindi, was an ardent fan of all the Mukesh's, Rafi's and others. He had a varied mix from Western to Indian, classical to filmy and my ears got used to listening to good music (Hugo Montenegro was one) as I grew up. 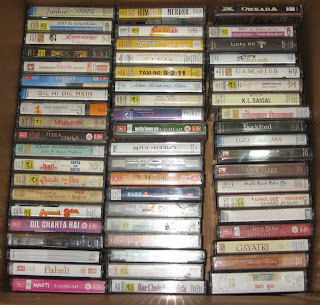 My best moments were those that I spent sharing my music with those I loved. To me that was a big thing, baring a highly personal part of me. So it was fun to go and wake up Sanjay at 11 in the night at his house in Chikkadpally and listen to music till three in the morning - something we both loved doing and hope to repeat, just as it was fun sharing songs with my friends and family. When I felt great affection for someone I'd tape my best songs for that person. I remember the first gifts that Shobhs bought for me - Dire Straits album On Every Street and one on Morning Ragas. Oh, we heard much music then. My cassette collection grew and I harboured in my mind my first big acquisition that I set my mind upon - a music deck. Thankfully Phillips came to our rescue then with an integrated deck and not one of those where you had to buy everything separately and I went and bought my first music deck in Pune in 1992 December for Rs. 10,000 from Gokuldas  Store on Main Street. I think my salary at that time was Rs. 3000 but that 10000 was one of the happiest I spent. And that deck brougth me so  many hours of listening pleasure in Pune, Mumbai and Hyderabad. I continued buying cassettes when I worked in Mumbai, scouring the second hand shops near VT that sold cassettes and I got some great ones -  Brotherhood of Mann's Greatest hits was one. 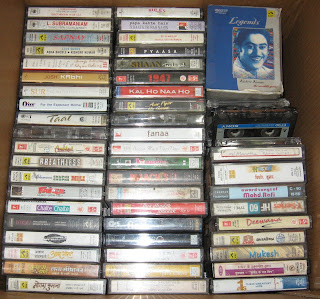 And then the places that played great music. The pubs n Hyderabad were good in those days - the 90s with Barrel House, Cloud Nine playing decent music. The moments we spent in Cafe Mondegar in Mumbai listening to the music on the Jukebox on Friday evenings were incredible - REM's Everybody Hurts comes to mind each time. I cannot forget the Rock Night that we did at home one night playign loud rock music from 11 p.m. till 3 a.m. - and no one complained. ACDC, Scorpions, Radiohead, Deep Purple, Aerosmith, Black Sabbath, Pink Floyd and so many more. Loud head banging stuff. Each song has a memory attached to it now. Every person also has a song attached to him or her now.  I think i can easily classify people that way - those who shared their music with me and those who did not. Those who did have a song to them - one that I can recognise them with, share a bond with. Starting from my brother Ram who was on of the first to listen to music with me, my sisters Mythily and Lakshmi, my Mom who had a great ear for music, Vidyuth (from when we were 14), Naresh, Koni, Sanjay, Sanjay Reddy, Aqueel, Shobha, Sunnie, Satish, Kiri, Ranjan, Vardha, Madhav (eclectic music), Mony, Parag, Raja, Satish, Milind, Parth, even the younger ones right down to Anjali. Each cassette has a memory - where I bought it, who was with me then, who listened to it with me, what was going through with me in those times - everything comes back easily. My best cassettes got lost but I got some from others. The cassette collection grew until it became some 400 and stagnated there. Digitised music came in and then the poor old cassette faded away unable to sustain themselves before the hep ipods and phones. I listen to music even now but I do not feel that same intensity as I did then.

The other day I decided to move all my cassettes up into the attic and make some space down in the shelf that they were occupying. Some 400 of them. And as I dusted them and put them in a box I remembered each memory almost as it happened then. I thought of the times I would dust and clean them, repair them, play them. I figured out the way to repair them myself - and that is what a passion does to you. You go to great lengths to care for it. Carefully opening up the spoilt tape with a sharp edge of a knife, with the greatest care removing the damaged part with a scissors, gluing the separated ends of the tape together and carefully screwing it all back on. Ah, good as new.

A lifetime of memories got boxed up and I decided to photograph each row as it happened - the original tapes, the recorded ones, the cheap taped ones, the second hand ones - as Anjali and Manasi watched and even helped me store them away. In a while they all got boxed up - two boxes was all it took and were shunted up. That's all it takes for a lifetime of passion, of good times, of experiences - two cardboard boxes. And now, even less. And what does one do with it - a passion that took so much time, effort and money - just box it up? A useless passion.

But passions are not useless. They connect you to ecstasy of life at the click of a finger. On note is all I need and I am flying, singing out loud, my mood all changed. Life is worth living again. And for putting me on this journey, for this endless joy that I get from my life, for what my Mom once famously said to me - what would we do without music?, I must thank the biggest romantic I ever knew, my Dad, who probably spent all he had on his books and his music and hoped to get through life like that. Well, he did.
Posted by Harimohan at 3:16 PM