It is surprising how much we ignore things around us and crave for all that is faraway. Travel is one of those things. For an imaginative and curious mind there can be nothing more interesting than exploring the neighbourhood and finding out the history of the place (I hear there is a name for it these days). After more than three decades of living in Hyderabad I am wondering at how much of the glorious history that Hyderabad offers has not yet been explored by me. Some corrections are taking place which is a positive sign.


On a rather warm Saturday afternoon a couple of weeks ago, Raja and Shobha and I went to visit the Chowmahalla palace which is located close to the Charminar. Now I had been here once before thanks to Huma Kidwai, a wonderful writer and a fine soul, but we'd merely seen only the outer part of the palace. This time I wanted to explore it more leisurely. I found two eager and enthusiastic supporters in Shobhs and Raja.

The Chowmahalla palace was built by the Nizam's of Hyderabad as their official residence after they moved away from the Qutb Shahi palace in the Old City (now which one is that I wonder). It was built as an exact replica of the palace of the Shah of Iran. The construction of the palace was initiated by Salabath Jung (who does not figure as a Nizam though he was a ruler for a short period after the death of the first Nizam) in 1750 and was completed by the Asaf Jaf V, Afzal Ud Dowlah in 1857. In many ways it was the seat of the Nizam's empire.

It might help to outline the Nizam dynasty's rule for a bit to get it under perspective. After the Qutb Shahi's were conquered by the Moghuls in 1687, the Deccan was ruled over by viceroys of the Mughal empire. However after the death of Emperor Aurangazeb, the Moghuls in Delhi lost power and it was then that the first Nizam, Mir Quamaruddin was given the title Nizam Ul Mulk as a viceroy of the Deccan region after he asserted his supremacy in battle. Subsequently the title of Asaf Jah was also conferred upon the Nizam dynasty. The Nizams or the Asaf Jahis ruled Hyderabad from 1724 to 1948, a period of 224 years.

Nizam ul Mulk (1724-1748) was an able and strong ruler who established the Hyderabad dominion and made it a power to reckon with in Deccan. He shifted the capital of the Nizam state from Aurangabad (where Aurangazeb had shifted it to) back to Hyderabad. Nizam Ul Mulk held fort until 1748 when he died. There followed a turbulent 13 year period after the death of the first Nizam where three rulers ruled, none of them being conferred the title of Nizam.

The second Nizam, Nizam Ali Khan (1762-1803) ascended the throne in 1763 and ruled for 40 years. He died in 1803 and was followed by Sikandar Jah (1803-1829), the third Nizam, after whom Secunderabad is named. His minister Mir Alam was an able administrator (the Mir Alam tank near the zoo is probably named after him). Sikandar Jah died in 1829 and was succeeded by his son Nasir Ud Dawlah (1829-1857). Nasir Ud Dowlah had the wise counsel of Salar Jung as the Prime Minister (not to be confused with the other Salar Jung of the museum fame) who took diplomatic relations with the British to a new level.

Upon Nasir Ud Dowlah's demise in 1857 his son Afazal Ud Dowlah (1857-1869) became the fifth Nizam. When he died in 1869, his three year old son Mahboob Ali Khan (1869-1911) was installed on the throne with a council of advisors to guide him until he came of age. After he grew up Mahboob Ali Khan ruled wisely and well and was highly respected and loved by his population. He died in 1911. Upon his demise the seventh Nizam, Mir Osman Ali Khan (1911-1948), the richest man in the world in his time, ruler of one of the largest dominions in India came to the throne and he ruled until Hyderabad was annexed by the Indian republic as a result of Police Action or more precisely, Operation Polo.

Known to be prolific builders, the Asaf Jahis built several buildings during their reign including the palaces at Chowmahalla, Purani Haveli, Mahboob Mahal, Chiran Palace, Bella Vista, Osmania Universiy, High Court among other structures. They hold great promise for tourism.


The Chowmahalla palace's showpiece is the Khilwat Mubarak or the pavilion where the durbar was held. This was built in 1780 during the reign of Nizam Ali Khan and was the grand seat of the Asaf Jahi dynasty. The marble platform, the Takht-e-Nishan, the chandeliers make the Khilwat an awe inspiring sight. The four palaces behind the Khilwat, Afzal Mahal, Mahtab Mahal, Tahniyat Mahal and Aftab Mahal, lend the name to Chowmahalla, and were built in Afzal Ud Daulah's reign, the fifth Nizam, during 1857-1869. From the second Nizam onwards, it appears that the Nizams, until the sixth Nizam Mahboob Ali, lived in the Chowmahalla palace, though a palace, the Purani Haveli, was built for the third Nizam. It was the sixth Nizam, Mahboob Ali Khan, who made Purani Haveli his residence and used the Falaknuma palace as his guest house. The seventh Nizam Mir Osman Ali lived in the less ostentatious King Kothi palace until his death in 1967. 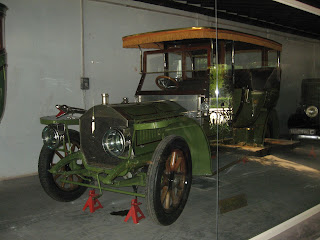 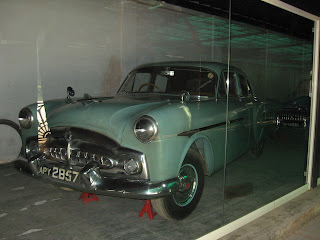 A visit to Chowmahalla palace will take in a good two-three hours. It is very well preserved, there are good displays the explain the history of the place and there is little display of the neglect that we see associated with historic monuments (though I heard an NRI complain loudly about how we Indians cannot do anything right). 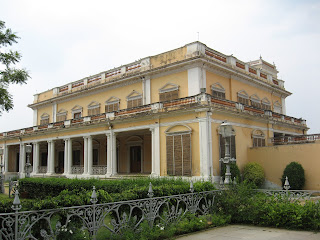 The grandeur of the place can be felt even in its desolation and one can only wonder how it would have been at its peak. The palace has been thrown open to the public in 2005 and I am so glad that this decision has been taken to preserve this piece of our history. The Nizam's cars which are on display behind the last palace are certainly worth a look, the Rolls Royce standing tall and taking pride of place there. The palace is open for public events too and it might be a good idea to attend a concert there one of these days. But for all who have not yet been to the Chowmahalla palace, please do. Also make time to shop through the Laad bazaar, gape at the Charminar and the Mecca masjid as well.
Posted by Harimohan at 6:22 PM