As with all his books, this one is full of wisdom too. Told in parables and stories, Kahlil Gibran explains the paradoxes of life -war and peace, love and hate and the many dilemmas humans face. 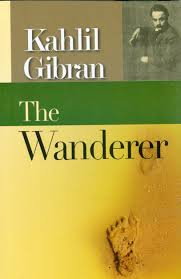 The story about beauty and ugliness wearing each other's garments and trying to pass off as one another shows us to go beyond what we see. In the love song, he rightly points out how a woman who reads a love song, is initially happy thinking its for her but when the poet says it is for every woman, she hates him immediately. In a similar vein, a young girl at a fair gets upset at the attention she gets from young men and shoos them off, and next time when they don't pay her attention, she gets upset again. Or of the hermit who speaks wise words but whose life is empty and when they show him up, breaks down. A lovely story of a king who shows to the people that he is a mere representation of them and they should all feel like kings themselves. Another about three dogs which are enjoying life and nature, until they see civilisation coming - in the form of a dog catcher.

And the brilliant story of laws - where a country makes a thousand laws versus a country where they have only seven laws. The country with thousands of laws have thousands of prisoners. Or the cobbler who chastises the philosopher who cannot wear another man's shoes - how can you be a philosopher without being able to wear another man's shoes? Or the one where the labourers wonder why the king was being credited with building the bridge when they had built it. Or the guy who saves up his wine for an important occasion and dies - and it is consumed by those who don't know its value. or the man who gives pomegranates for free and no one takes them but when he charges a silver for the same they queue up.

Wonderful stuff told in such small parables. Beautiful.
Posted by Harimohan at 8:40 PM