In a change of tactics by the lone agitator, born on October 2 incidentally, we found that the previous dramatic and traumatic slogans have given way to a more positive demand. The mood is that of compromise and of openness and we are sure that this new mood paves the way for a negotiated settlement which will keep all parties happy. 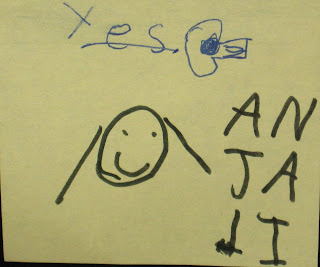 New post-its with a YES and a picture of the guitar have now appeared. 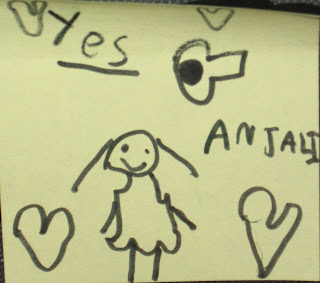 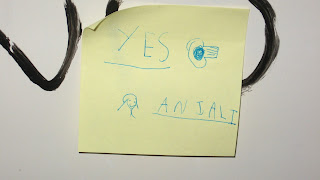 It appears that this war has been won over by love.
Posted by Harimohan at 4:30 PM