10 Books that Impacted Me

Here are 10 books that had a deep impact on me by being the first to puzzle or awe my mind in terms of a particular thought or emotion.

1) I Touch the Earth, the Earth Touches me, Hugh Prather

I read this book, gifted by Ram to Shobha for her birthday, sometime in 1995 when I was in Mumbai, and was blown away by what it said. Hugh Prather's 'Notes to Myself' was probably his better known work but this book introduced me first to the concept of living in the 'now'. And it was fantastic reading it and looking at life differently. For a long time I kept pondering over what he said in the book.

2) You can heal your life, Louise Hay 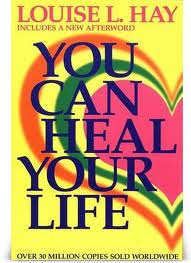 Shobhs introduced me to this book (sometime in 2002) after she read it and did a workshop. though the title sounded 'healy' and 'self helpish' (which we thought we never needed then) I found a lot of common sense and empowerment in the book. For the first time I started to think of thoughts as creators of the reality we create, the connection between our beliefs and our experiences, and the way one can choose to create one's own life through thought selection. It is wonderfully written and has much to offer to the lay reader on many fronts - health, money, relationships, career, dreams - well, life itself. Now I find the title apt. 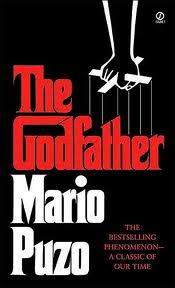 This fat book gripped me so that I could not even put the book down (circa 1983) as I sat through the day, the afternoon, the evening and the night and found it very difficult to let go until I completed it. I could not believe that novels could be like this, it was better than watching a movie (I still prefer the book to the movie). Vito Corleone, Luca Brasi, Sonny Corleone, Tom Hagen, Michael Corleone, Kate, Solozzo, Nino, Johnny Fontane, Tessio, Clemenza...I remember almost all the
main characters to this day though I read it only once. It is as if they were alive and I never felt so much emotion, adrenalin course through as I did that summer evening with Donna Summers playing 'Wanderer' almost all through in the background.
Kickass! Mario Puzo wrote it like he was there.

My first tryst with Wodehouse was when I saw my Dad's enviable collection of books which had one prominent PGW - 'Frozen Assets'. I however started on another of his books (sometime in 1982-83) and was completely befuddled by the first few pages as Wodehouse went around and around in his inimitable way. What was this, I wondered? And then as the pattern fell into my head, as I started laughing out loud, sometimes rolling on the floor, I realised that no one has the power to tell you that joke in the way that Wodehouse can. It's very private and you laugh loudly, seeming foolish to the rest of the world. I never knew that humour could be so subtle and so wicked, never saw such turn of phrase ever again, though I spotted many imitators, myself included. None can compare though. Even now when I see people laugh out loud in public laces in a certain way I know they are reading PGW. And so many books - my dream one day is to own the entire collection and read them, laughing myself off the sofa as I grow old.

5) Many Lives, Many Masters, Dr. Brian Weiss
This book about past life regression (circa 2004) and more importantly one patient's journey through her past life regression put certain things in perspective to me. I always wondered about the power certain people had over me, about the power I had over certain people, some relationships that seemed to happen with some reason, and the way the same people or circles of people seemed to happen to be around me. It was vague but I could not put my finger on it until this book which made certain things clear. As we go through the patient's past lives we notice the same people coming up (or rather the same souls), commanding the same power equation, some weird quid pro quo or karma kind of an equation. Interesting for its perspective. 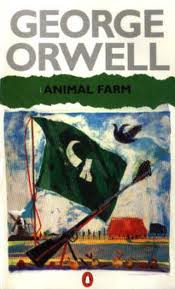 I could not imagine how simply George Orwell wove this story around a farm with animals and explained through them the mechanism of society, of power, politics, class struggles and so on and so forth. Though I read it around 1995, it will always continue to amaze for the way he told the story with such clarity and simplicity and conveyed so much through it. A classic. I hope to someday come up with something that imitates this book in some way.

An eternal classic (read it around 1995) that contains all of the world's wisdom in its slim structure. I have gifted Kahlil Gibran to countless number of people and have read it so many times. Each time it was different and new to me. It still tops the list of my gift books especially to newly married couples, parents and the like. 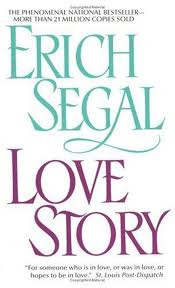 Erich Segal's 'Love Story' impacted me most because it presented romance in a manner that was so different to what I knew. I read it around 1985 I guess. It was somehow more relatable than the movies we were watching then. Though I might have read better books later on, this book will always remain etched in my mind for its being the first to occupy tat romantic space in my head.

9) The Power of Now - Eckhart Tolle

One of the most powerful books I have read 'The Power of Now' is also one of those books that I gifted to many. I read this in 2004. I was blown away by Eckhart Tolle's clarity as he speaks of only one subject - the now. And he approaches it and dissects it from as many points of view as he can and still comes up with clear, concise, perfectly rational explanations. There was so much that was new that I felt compelled to write down extensive notes about it, something that i have not done for many years.
Certainly Tolle and his writings have a clarity that appeals to me.

10) Three Cups of Tea, Greg Mortenson and David Oliver Relin
My friend Harish, who lives in a far off place now, gifted this book to me in 2009 and said that this could make a difference to my life. I was deeply influenced by the work of Greg Mortenson, the American mountaineer who went to Pakistan to scale the K2 and who landed up in a village on the Indo-Pak border in delirium and ill health. Nursed back to health by the small village population Mortenson promises to build
a school for them. the book is about how Mortenson struggles to raise funds, builds not one but many schools and changes the lives of many in Pakistan and Afghanistan. It gave me a deeper purpose certainly and had the effect that my friend wished it for me.

Among those books that narrowly missed the list are 'Jonathan Livingston Seagull' and I am sure some others which I would remember after I post this blog. But for now, this is the top 10.
Posted by Harimohan at 3:59 PM

Great list Hari - it has all elements of a successful script - action, emotion, romance, poetry, spiritualism, self-help, helping others.....