The Paradoxes of Our Lives - You Control When You Let Go

When you want to control, you lose all control. To gain real control, let go. 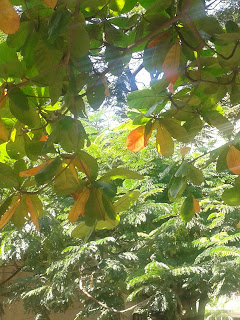 By wanting to control the process or the outcome, one uses the kind of force that makes the group mentally sign off. Human tendency is that it does not want to be controlled so much or so less that it feels useless. Though it may appear that the group is exhibiting signs of being controlled and following the set of controls, deep within the group is rebelling. Resenting. Simmering. It's dangerous and ineffective. Certainly there is no control over what the group can really do if it wanted to. Such a group or relationship is lost.

On the other hand, by letting go of control and letting the group find its way, remain true to itself, one finds a million ways in which the group aligns itself. The group is there voluntarily and not to show that it is conforming. It is an energy that one can see and feel. Such energy is possible only when all signs of control are done away with. Then the group submits itself voluntarily to control.

The group can only be controlled when control is let go in the mind.

But since one is not looking to control, everyone is happy.
Posted by Harimohan at 9:57 AM