There are two kids who specialise in two distinct arts - both kids of famous parents. Both have been good friends but fall out after some argument about their parents and their virtues. The two vie with each other and try to outdo one another. 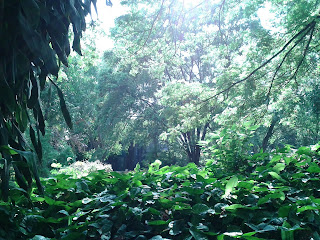 Years after, after their parents have died, the two artists are jolted out of their reverie. Now comes along one new talent who has an extraordinary skill of fusing both these distinct arts. Who is this new competition? The new phenomenon is taking over the space that belonged to the two stars. So much so that they conspire to eliminate him.

But doubts arise about the parentage of this new phenomenon. Could it be that their famous parents had an affair unknown to the world? How will they ever know the truth? Wait till the rest of the story is done to find out.
Posted by Harimohan at 3:41 PM