Angelina Jolie plays the single mother whose child goes missing and the police aren't helping until they find a boy and return him to her. The problem is that he is a by, not her boy. The police try to pass it off as a major victory and when she fights her case they have her committed to a mental asylum. It is found later that a psychopath has been abducting kids and murdering them and one of the boys survives to tell the tale. It's based on a real story. 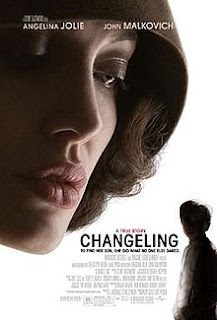