Anjali - I Have Got Better At Taking Feedback Haven't I?

This one was huge. Anjali was taking some help from Shobha about a Hindi lesson. Shobha gave her some feedback in her normal straightforward fashion. Anjali handled it well and then said - 'I have become better at taking feedback haven't I?' she said. 'Not like earlier when I would get upset if someone corrected me.' 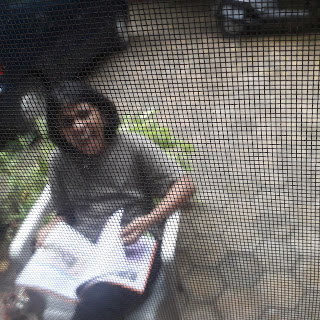 I do remember that phase when she would get upset when corrected. I react like that to feedback and I now know how important it is to keep ourselves aside and listen to feedback without taking it personally. I feel now that it is the single most important characteristic one has to develop for growth.

So I was thrilled to hear the progress Anjali made and butted in and told her that it was wonderful that she has learned to adapt, to take feedback without taking it personally. I have been noticing how she changed over the past year, laughing off anything that normally upsets her, but the fact that she worked on taking feedback consciously was very interesting.

I asked her. 'How did you learn? What made you change?'

Then she said something even more interesting.

'I saw her school leaving certificate,' said Anjali. 'It's written there that one of Nanamma's good traits was to take feedback well. I thought I could also do that.'

Wow. Thanks Mom. You're still influencing us even now. And well done Anjali. That's serious growth mindest for you. Fantastic trait to pick up. Good fro you.