Sometime in 2015-16, I was chatting with Sagar about book ideas that could be developed out of the blog. I zeroed down to three - a collection of a series called 'Thought for the Day', another series about 'Paradoxes of Our Lives' and then a series of blogs I wrote about Anjali. We looked a few and it took Sagar hardly a few minutes to zero down on the Anjali series. 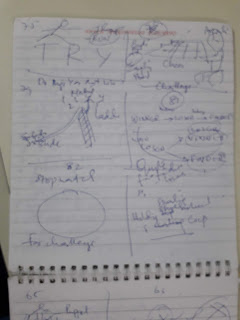 I was reluctant. Would it be wise to compile a book about my daughter, would the exposure hurt her, am I promoting her in a way that may not be good. Sagar felt that the ideas were universal and they had a nice energy and it's not presented as if I was promoting it so he felt I should go ahead. He sat with me every day from 8 in the morning, the time when I would drop Anjali at school, and over many cups of excellent coffee made by his mother, we made a proof of concept - a blog with an illustration. Sagar used some software and did a lot of work, spent many hours on it. 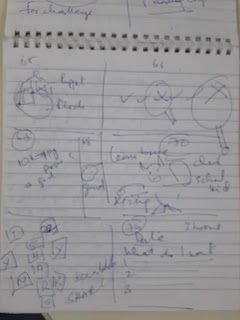 The idea was accepted and the book completed. However Sagar's software illustrations were found to be too abstract so we needed an illustrator who could use the original photos (some 40%) and then come up with illustrations for the others. Sagar volunteered to sit with me and come up with ideas. 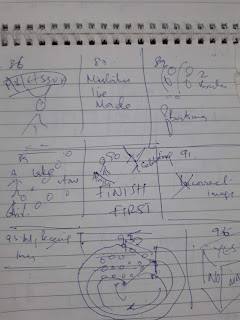 Again every day we sat at his house and while I read out the story and told him the lesson, he would think up an idea for an illustration.
I would write it down, make some rough sketch and take it to my illustrator Chacha. Ramaraju was the one who sourced Chacha for me - he did small illustrations for '50 Not out' also. I would then sit with Chacha at his house and explain the concept and then Chacha would do it. 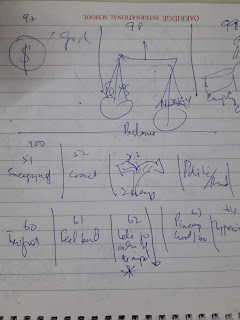 So many people who helped in the making of that book. Idea. Concept. Illustration. Editing. Bouncing ideas. From 7 in the morning to 3 in the morning. Today when I found that book with those sketchy ideas it took me back to those days.

Books, movies, ideas, plays, music, time - Sagar has been a wonderful source of support and help in my growth in the past 10 years. Here's acknowledging a simple-hearted, incredibly generous and highly intelligent person today.

Thank you Sagar for all the love and your wonderful work.