A guard of a morgue sees something scary and runs away. He runs into a car and dies. When police come they find that a body is missing in the morgue and it is the body of a very successful businesswoman. The body went missing before its autopsy. The grieving husband is called to identify the body and finds that there are notes and clues left for him - enough for him to know that his wife is probably not dead. And that she knows that he is having an affair. And that he killed her because of the other woman in his life. 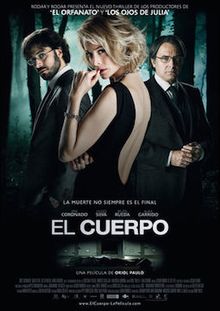 Now, without the body they can prove nothing though the police believe that the husband killed his wife. Now add a highly strung police officer who is recovering from the death of his wife in an accident and we have a recipe for a crazy ride. The husband killed the wife but she seems to have known enough not to die and perhaps even set him up for her murder. Who is the killer? Who is the victim? Absolute cliff hanging stuff until a breathtaking end.
Posted by Harimohan at 9:43 PM