It's been a nice journey. I met many people thanks to cricket. Some winning teams from the years 1982 - 1998. I love the fact that we won all age groups for Hyderabad - Under 15, Under 19, Under 22, Under 25 (no pic), Buchi Babu, Subbiah Pillai, Ranji Trophy, South Zone varsities. There is a case there to say that almost the same bunch played all through. Among the zonal championships - Under 22 at Guwahati, Vizzy Trophy for All India Universities at Varanasi.

Equally special was winning the league championship for MCC with a bunch of party-loving guys and the odd tournament here and there. The one runners up I am proud of was making the final of the Inter Collegiate with the OUCCBM team - we had four or five cricketers and the rest consisted of two shuttle internationals, one taekwondo champion, one table tennis champion and several other large hearted gentlemen. 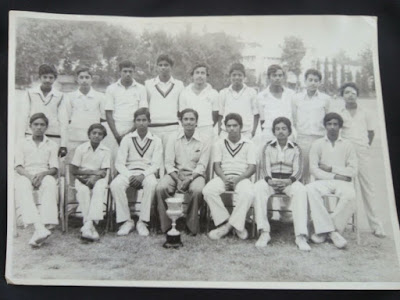 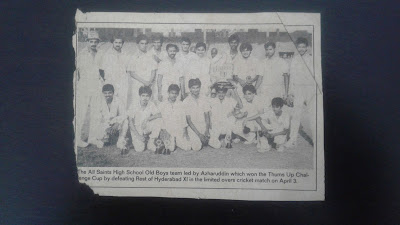 Missed a few - Subbaiah Pillai tournament, South Zone Under 22 and a few more interesting campaigns. Great fun. I had some critical contributions in most, small but important, which I will try and pen down next.
Posted by Harimohan at 9:31 PM