So we expect a card, a gift or mostly just a smile and a hug on your anniversary from your child. Most times they don't remember or even if they do, this is about how much participation you can expect. Anjali has her own views on what she will participate in and what she won't and I was not too sure of her participation in something like our wedding anniversary (something that even we don't participate in enthusiastically). 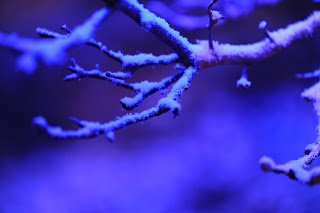 Naturally I was pretty surprised when she asked that we both sit down together soon as she woke up. Now that is a big thing because we are constantly headed in opposite directions. Anyway, we did as we were told and then she asked us to close our eyes and we did. Then when we opened our eyes there was this old picture of the three of us, mounted on a board with the sign of a heart enclosing it. Then there was a card (which showed a likeness of me giving flowers to Shobhs) with a long note inside about what we mean to her.

But what prompted me to write this piece is the presence of two five hundred rupee notes inside the card. At the end of the note were instructions to us to spend the money on ourselves - with a gentle hint about how we normally seem not to (spend) on ourselves. Now this was money that she saved up in her little tin box - stuff she gets from her various well wishers and uncles and aunts on her little achievements. I remember her taking the key to the tin box from her secret hiding place the day before.

It was a touching gesture. I told her I will spend - but could she take her money back? She was firm. No. This is my gift for you.

I thanked her and yes, that extra money did help finance a fine lunch for Shobhs and me in a fine restaurant. I never imagined kids could think like that and finance their parents on their anniversaries. I certainly never thought I could. In fact even now I think twice about financing my own anniversary, forget someone else's. A nice lesson for me in thoughtfulness, love, in abundant thinking and in giving. It's wonderful to see, especially for me who finds it so difficult to think like that.

Thanks Anjali. It might just change my attitude a wee bit.
Posted by Harimohan at 10:21 AM