Anjali explores art on most Tuesdays with her highly perceptive, unconventional and knowledgeable art teacher Niveditha. Together they explore art - ideas, forms etc and they have come up with one collection that was exhibited and now, a second one. Niveditha allows Anjali to just flow with the idea and see what comes up, which is a fine and intuitive way of doing things rather than putting in too much stress on technique and structure now.

This collection tried newer techniques like acrylic and water on paper, canvas, collage work on paper, water color on paper etc. What resulted was a collection of paintings with names like Hoolahoops, Giant's Umbrella. Grapes, Blue Crush, Yellow Brick Lane, Fly and even an Ultimate Mess.
So a date was decided to hold Anjali's 2nd exhibition. Holding an exhibition includes much work even if its on a small family and friends scale held at home. The paintings have to be framed, prices, catalogue, exhibit space spruced up, lights, snacks, invites sent etc. A small group of friends and family were invited for Anjali's Solo Exhibition on April 15, 2016.
I bought the first painting one as I normally do. This one called 'Self-Love' is a good theme for me to practice. But more interestingly I had seen the way it developed. Seemingly heading nowhere until she added the hearts and gave it depth and meaning one fine day.
I was struck by how the background suddenly changed after she added a few red hearts - as if someone had painted some hearts on a hazy or a frosty window.
Niveditha and her sister Sumana arrived early followed by Sailaja, Sushmita, Sircar aunty, Dr. Sriram, Dr. Tripura, Salil and his daughter, Monica, Choudary, Ranjan, Sanjay, Vasu, Abhishek, Ramaraju, Sunil, Poornima, my sisters Ashwini, Nalini, Mythily, Lakshmi, brother Ram and nephew Shaurya. brothers in law Harsha and Jagdip, Naren, Shwetha, Inder, Ashu, Vihaan and Vidur. I think I got them all.
We played some Spanish guitar music at the background and everyone was having a go at the keyboard with Anjali playing her newly learned version of 'Tum Hi Ho' mostly.
Much conversation over samosa, jalebi, chole, lemonade. Nothing like food, friends and gossip.
Sale was brisk. People picked up paintings - a way of sticking a bindi on what they wanted to buy signified whether the painting was sod or not - and Anjali explained as long as she could how she went about this effort and what she meant by certain abstract paintings.
One particular one - Earth - she told me started as an idea and after it was done she realised it symbolised Earth and its elements so she named it Earth. 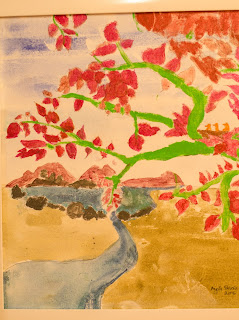 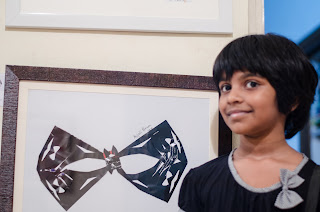 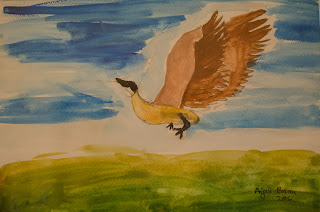 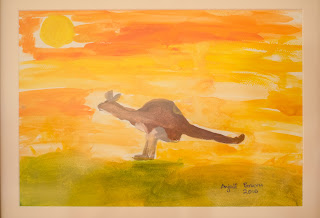 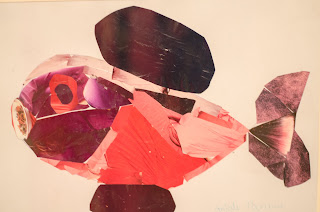 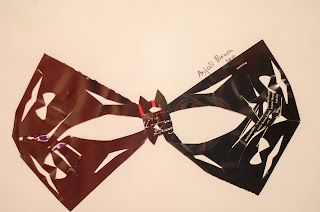 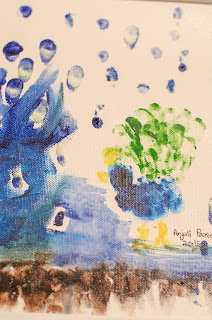 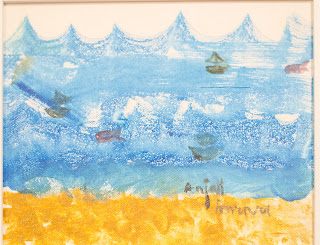 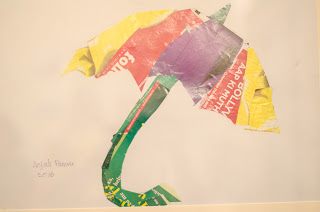 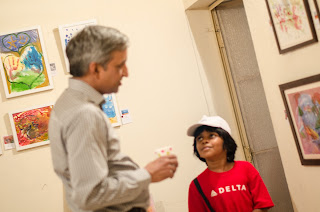 Enjoyed meeting old friends and family. We went off to celebrate the event with a late night ice cream.
Posted by Harimohan at 10:52 AM

Very good. Congrats to everyone and the artist!

Thanks Raja. Was a fun samosa, jalebi, chole, lemonade event which is the desi version of wine and cheese. Will convey your wishes to the team and the artist.

Congrats Anjali. Keep it up