Gandipet was the favorite picnic destination in 'those' days. Also the favorite go to place when one wanted to go on a ride. Fellows would buy some beer, drink it up and get back. Families would go and spread their stuff and have a nice picnic. A few couples would also venture out, away from their prying friends and relatives. 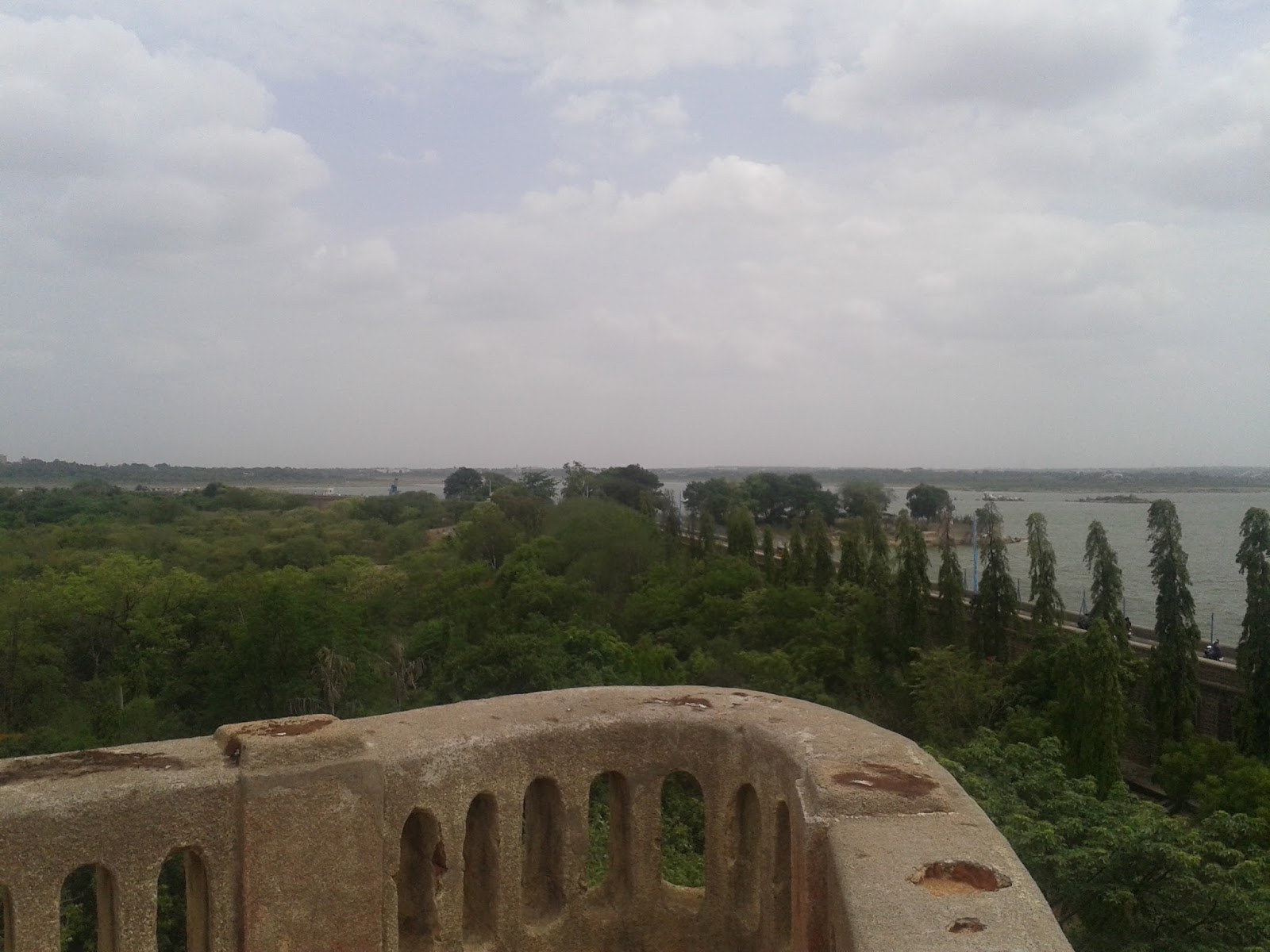 So when Tops called me over for an outing at Gandipet park overlooking the Osman Sagar lake where he was headed with his family, some biryani etc I had little to stop me. Shobhs and Anjali were also for it and we zoomed off. 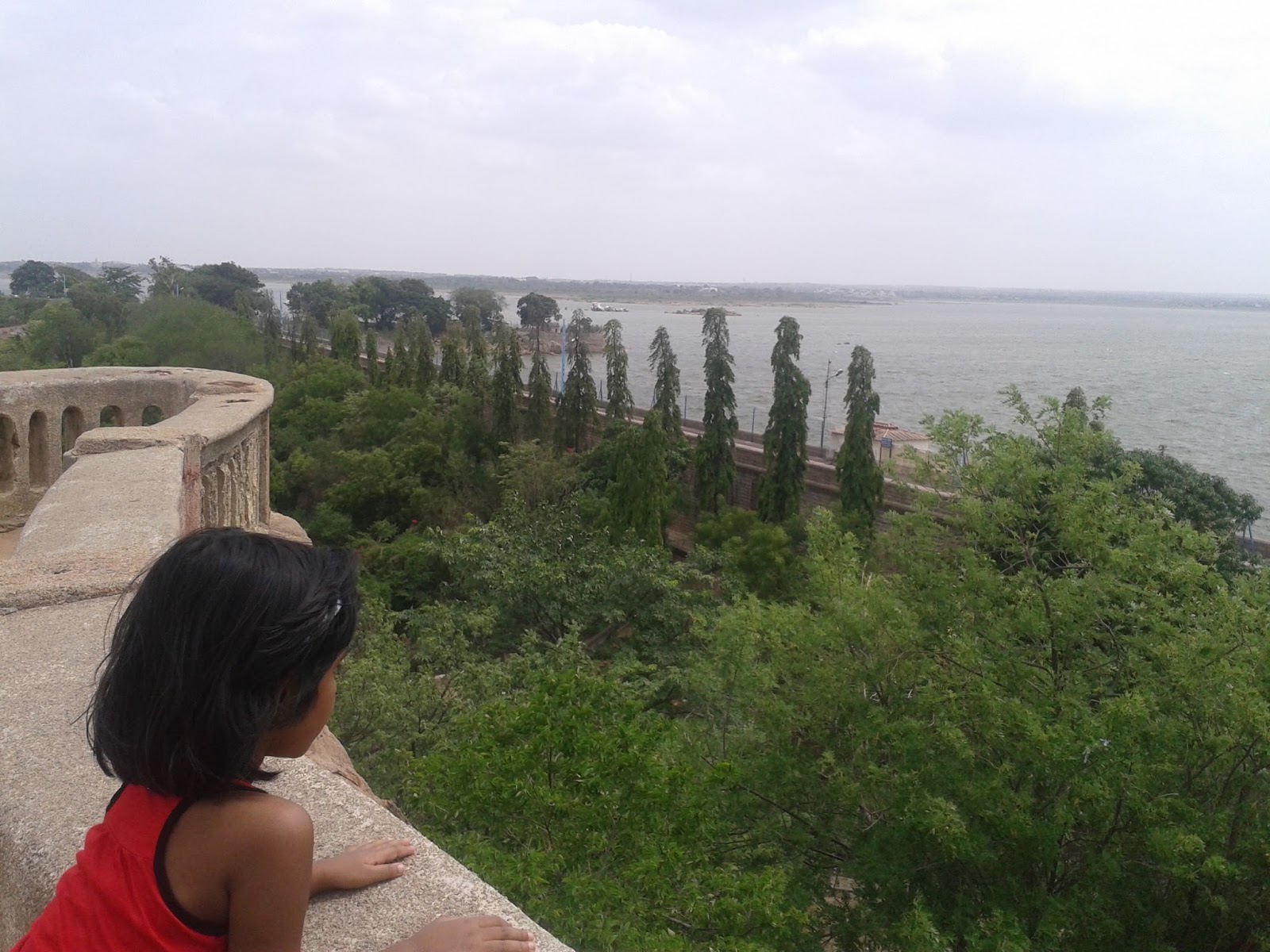 The place was full. It was a Sunday to boot. I saw a nice little watching place overlooking the area, something I never saw before.

There was a bunch of thirty year olds playing cricket with all the seriousness we had when we played bet matches in our childhood. 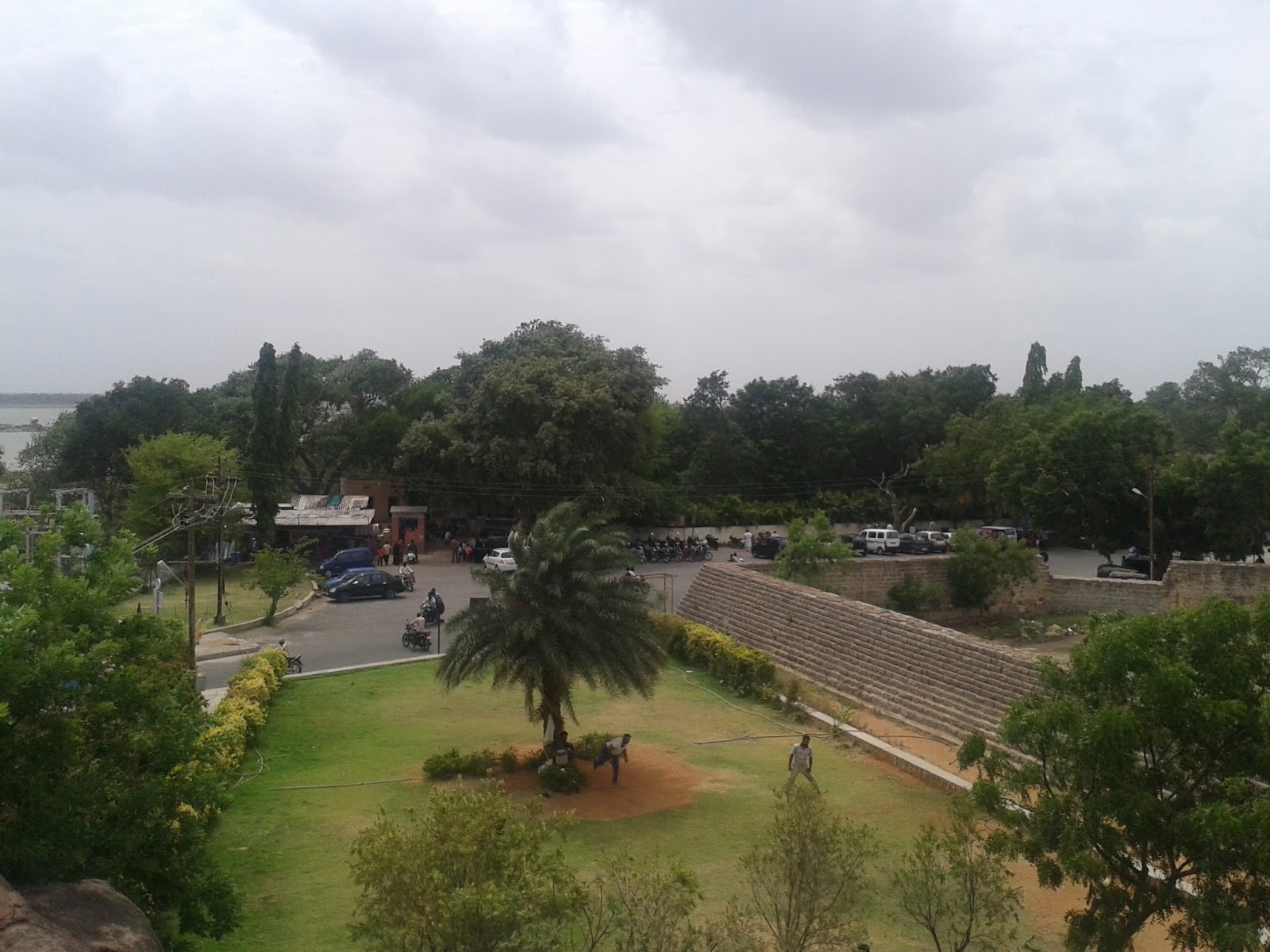 The park itself was pretty nice. It has an entrance fee! Nice benches, neatly maintained lawns, nice old trees. Except for the mess that the people create by throwing stuff all over carelessly, its surprisingly neat. I liked the number of families that came out there for an outing. Nice.

I asked the parking attendant what there was to see in the place. 'There is a dead body floating in the lake. Just over there.' He was genuinely trying to help. That's how things are.