Continuing where we left off, we did a quick recap of all that we did especially the process-driven leadership. I asked the team leads to make a 2-page plan based on the process - goal clarity, role clarity, target setting, empowerment with tools, communication and appraisal. Once they were done, we spent time discussing the importance of goal clarity, of numbers, of names, of allocating work, of monitoring, of understanding  the real reason behind non-performance. 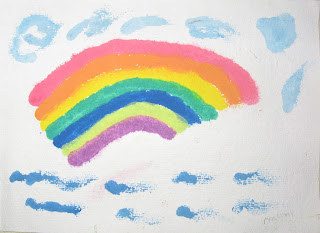 The guiding mantra for leadership of this type is - everyone wants to excel. How do you as the leader get them to excel is the question? How does the leader create that atmosphere?


In such scenarios, leaders believe in their team's high potential irrespective of past record. These leaders provide a worthy goal, correct inputs and push the team’s limits with high standards. They believe that the team can handle the responsibility.

The critical thing about inspirational leadership is the transfer of ownership of the team’s goals to the members themselves so they take it upon themselves to achieve it (instead of being pushed to achieve it).


Transfer of ownership of achieving the goal
To transfer ownership the leader needs to be secure, trusting, supportive, patient and sympathetic with no ego. He has the ability to trust his team to achieve things much bigger than what they can conceive. He must not insist on micro managing, on giving them processes all the time but rather, show them high targets, guide them and support them in achieving them.

The team will find the way once he shows them the big goal and the direction. As they go on the path, he/she must trust them even when they fail, and help them through their anxieties until they succeed. At times he may have to step in under pressure and set things right. He should feel no loss of ego as they fly higher than he has, as they become independent and free.He must be hard on their work ethic, and be sympathetic to their individual goals and dreams.


In short, he must be genuinely interested in their growth.
(Just as he is genuinely interested in the team performance. Only if the team does well will the individuals prosper. Only if the individuals do well will the team do well.)
Transfer of ownership could include the following - setting a worthy goal for the team, explaining to them the benefits of setting such a worthy goal, show them the process when they get stuck, guide them, and help them prepare for next level and keep track of the performance.

Performance must never be sacrificed - with all this it must be enhanced.


Factors that help in this style of leadership:


1)      Being secure as a leader. Accept yourself as you are. Do not feel challenged by their independent thought and act. You are still the boss.


2)      Be supportive of team’s effort even when they fail initially. Give them time. Tell them what to do - not how to do. They will learn to fall and get up on their own.


3)      Guiding and mentoring them when they are going astray. Coach instead of commanding.


4)      Believe and trust the team. Hold your belief. If you believe in them, they will deliver. If you do not believe, they will not deliver.


5)      To raise the performance, raise the bar. By expecting the best, you foster a team that will reach higher. Make them stretch, flow into greater space. Lead by example where necessary.


6)      Empower everyone. No favorites. Empower the weaker players.


-          The leader is wholly responsible for the team’s performance.
-          No one starts with best resources. It is what the leader does with the resources that is important.
-          The team reflects the leader. If members are shirking responsibility, are being dishonest, are doubting, not performing – they are reflecting the leader somewhere. The leaders own doubts, fears, lack of clarity, lack of security shows up in these incidents. The core team reflects the leader and his beliefs
-          Leaders bring vision, greater common good, greater individual good, a vibrant future, human empowerment and development, clarity and conviction.
-          They leave the team as a better unit, as better individuals with greater belief in themselves. Everyone has growth to show.
-          They use resources efficiently -they don’t do everything themselves.
-          The leader takes the pressure when the heat is on. Can do it himself.
It was heartwarming to see the changes that this young team leads at Ace Dezines have already brought into their culture in a short span of 4 weeks. They have got goal clarity, shared with their teams, got their buy-in already, have sharper role clarity and have already resolved certain personnel issues. They has all imbibed the attitude of the leader and were all in place 10 minutes before time (something their team members are following), planning their days ahead, making notes on using resources better. One of them has already got greater commitment from his time and is amazed at the way the team members are working at goals they have set themselves - sitting late and yet, coming on time. Overall they have reported improvement all around in their own lives and in their team members. I was particularly pleased with this workshop. We proposed to have a follow-up session after a month﻿ to check if they were on track. Thanks Shiva for the opportunity and wishing you guys good luck - Ravi, Santosh, Sreenivas, Shravan and Shankar.
Posted by Harimohan at 3:38 PM