From the writer of 'Ice Candy Man' which was made into 1947: Earth, a film that starred Aamir Khan and Nandita Das, comes this novel about a Kohistani man who loses his family - he marries a girl much older to him according to the mountain tribal customs and then loses his wife and children to illness. In the madness of partition, he finds his train ambushed by blood thirsty Sikhs and while escaping, saves a little girl who has just lost her parents. Qasim names the child Zaitoon after his youngest child that he has lost and grows her as his daughter in Lahore. 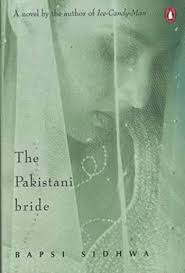 He meets Nikka pahelwan and his wife Miriam in the refugee camp. Nikka soon becomes his closest friend and some sort of a political person and the two friends have a good life together. Zaitoon is brought up by the childless Miriam. One day Qasim meets a Kohistani and decides to marry Zaitoon to a mountain man of his tribe. Despite Miriam's objection he takes her into the mountains, past the army camps and marries her to his cousin Misri Khans's son Sukha. The tribal laws are rigid and soon Zaitoon realises she could be easily killed simply because her husband felt insulted. She decides to run.

A parallel story is that of Carol from California, married to Farrukh, who studied in the US. Carol feels the pressure of Pakistani society and its repressions and her own husband's possessive behavior. She has an affair with the Major of the army camp, Mushtaq, who is married, has an affair with her but refuses to marry, and who ultimately rescues the battered and bruised Zaitoon who somehow makes it past the vengeful tribespeople looking to kill her.

The story has a rapid pace, and we're quickly thrown into high drama, be in massacres of partition, refugee camps, murders, honour killings etc. Interesting settings and people though somehow it is left to us to tie up the loose ends.

Posted by Harimohan at 1:52 PM