Udham Singh was hanged by the British for killing Governor O'Dwyer in retaliation for the Jalianwala Bagh massacre. The movie shows the way he plans and goes about avenging the massacre almost single handedly. A hero of India's freedom movement he calls himself Ram Mohammad Singh Azad - the three major religions of Punjab and his political ideology - freedom. These men were made of something else. The movie is shot beautifully - the Jalianwala scenes are gory though. 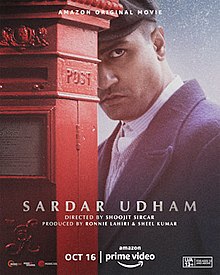 Posted by Harimohan at 9:38 PM