Anjali - A Discussion on Real Estate

This was an interesting conversation we had the other day. Mansi's father Ramesh had dropped in and we were chatting about his real estate business and he explained how one of his friends' had invested in real estate and earned a lot of money. He said some of his friends pooled in money and developed land and shared the profits. 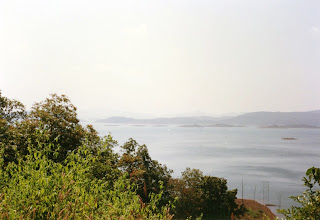 After they left, Anjali and I were discussing something and  she suddenly asked - 'Correct me if I am wrong but is this how real estate works,' she said. 'They buy a piece of land and pool in money together, develop it with that money and sell it at a higher price and share the profit.'

Absolutely right, I said. It was interesting that we spoke of real estate so we continued in that same vein. We looked at buildings while going to school the next day and how the owners of those buildings would have conceived the idea and built commercial complexes and collect rent. We also discussed how sometimes people with foresight or information invest in land near projects where highways are expected to come up or any sort of development like airports, IT Parks is expected, and reap the benefits of the increase in price. We even discussed insider trading while at that. I also told her about the book on money I was toying with and the general ideas it would contain. She was quite encouraging - 'I know you're think of fiction but you should write that next,' she said.

I liked the discussion. I would like her to develop a healthy relationship with money (unlike me who has not had a good one until a few years ago). Its a simple matter of seeing it in the right perspective, of developing the right behaviors and right attitudes and you are in good space.