Judas and the Black Messiah - Movie

The true story of Fred Hampton, the 21 year old Chairman of the Illinois Chapter of the Black Panthers, who was betrayed by one of his own men who worked for the FBI leading to his assassination by the FBI in 1969. Initially said to be a justifiable murder by a court, it was later ruled as an assassination and a compensation was paid to the family. Daniel Kaluya packs in a powerful performance as young Fred Hampton, whose real life story is fascinating.

Coming on the heels of 'The Trial of Chicago 7', one realises how much of this history has not come out and one is glad to connect the dots now thanks to these films. Watch them - both. 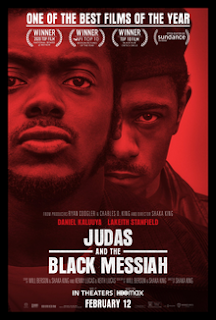