I remember writing some exams in school about the United Nations and getting a certificate. I didn't fare oo well in the test I remember. Then I saw younger children of friends being very excited about attending Mock United Nations. Now they did not just write tests but actually dressed up and represented various countries and conducted the whole thing quite formally. In fact a month or so ago I was invited to Srinidhi International School as the Chief Guest for their MUN. I got to plant a tree which was a first for me. 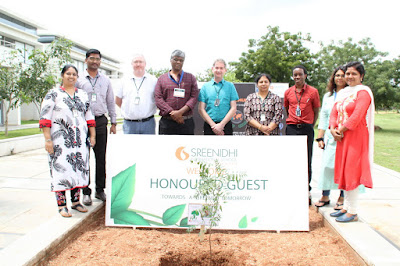 Back at Daksha Anjali was to represent China in her first MUN and she prepared with all the seriousness she normally brings. Lots of talk about trade, policy, imports and exports and I learned a bit about the US-China trade war. On D Day she dressed up in formal clothes and went off. 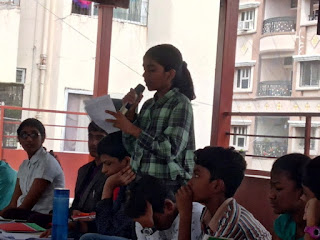 She seemed quite pleased with her performance at the MUN. They get a lot of exposure with the mike, at public speaking which we never did in our 40plus strong classes. 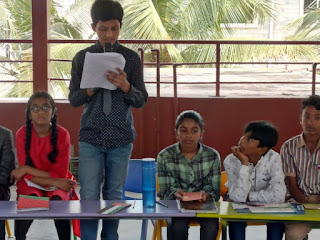 Listening seriously to another country. Good show Daksha!
Posted by Harimohan at 1:18 PM