Daksha school has a lovely Diwali mela every year and we have all grown to love that experience. Every year the children set up stalls with games and quizzes and all parents and visitors are invited to join the fun. Scary house, puzzles, quizzes, cricket challenge, dance show (this year the second class kids had a fashion show!). There is lots of good food to eat and everyone has a great time. The school normally raises close to a lakh thoruhg this fun mela which is then donated to some good cause. 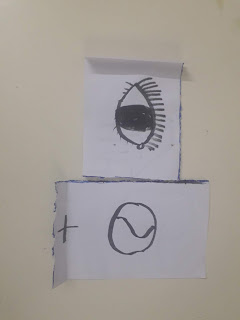 Anjali had stalls solo and with partners over the years - the most memorable being the used book stall she had a couple of years ago which raised a decent amount of money. This year she came up with an idea to have a guess-the-word-from-the visuals game. She drew two objects which would represent a word and by putting these two words together you have to come up with the original word. 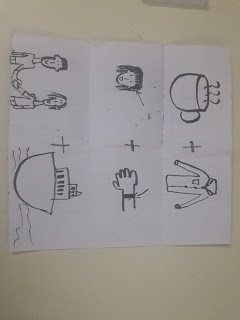 So I was quite surprised to see a big chart full of drawing - a tee junction on one side and a shirt on the other, and such. Some 15 - 20 of them. It must have taken some effort. Of course I was asked to guess and did a fair job and was admonished for not guessing right on some of the others. 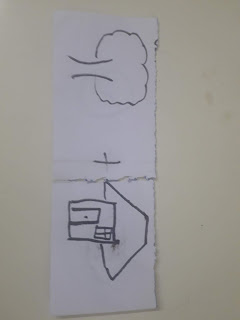 Later on she tried it on Shobha and decided that perhaps the visuals should be printed to avoid any confusion in the viewer's mind. And she did that. 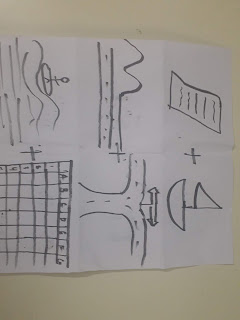 But to me, the chart with her original pictures are the real deal. The thought, effort and execution. It's always easy to pick the pictures off the net. It's only by drawing those visuals do you understand the difficulty, think of the visual and its chief characteritstics and get involved in it. I was reading about Hayao Miyazaki, the great animation artist, and how he drew his animation film characters instead of using technology - deep involvement in his work.