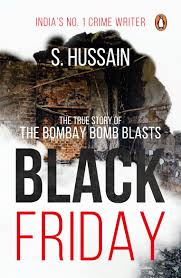 Ostensibly in retaliation to the Bombay riots of 1992-93, Tiger Memon, hatches the conspiracy with several Muslim gangsters in Dubai including Dawood Ibrahim, to wreak havoc in Bombay. Funds are raised and arms and ammunition sent to India by sea. The huge consignment of RDX, detonators, AK56s, and grenades passes through the porous Customs and police screen, despite enough intelligence coming their way. Tiger has meanwhile recruited 19 young Muslim boys and told them that they need to do it for the sake of Muslims and their pride and if they at any stage renege, he will kill them and their families. The young men are brainwashed, taken to Dubai and then to Pakistan and trained in making bombs and use of arms. They return and with some more practice, get ready to execute their plans.

The bombs are made in a garage near Tigers home, loaded into cars and scooters and jobs assigned. Tiger's entire family escapes to Dubai a couple of days before the blasts and Tiger himself leaves Bombay for Dubai the day before. The plans are executed, all vehicles with bombs placed and grenades hurled. One RDX detonator starts blinking in the car in which the main members of the gang are travelling and they get rid of it just in time. In their hurry to get away from the scene they leave behind AK56s and more importantly, the car's ownership documents in the car. The car belongs to one of the Memon ladies and it becomes the first clue to the investigators. The plot unravels quickly after that.

The rest of the gang disbands and heads off all over India. It comes to light later that one of the trained members of the gang Gullu, was arrested by the police the day before for his role in the Bombay riots and he tells them of the entire conspiracy and where the bombs were likely to go off the next day. His confession is not taken seriously.

The case is solved mainly by the Bombay Police - names of officials Rakesh Maria, MN Singh, Arup Patnaik etc are familiar to most. The police uncover the plot bit by bit - first the Memons angle, then Tiger Memon's manager who was also involved and then the others. A couple of them turned approvers, many of the accused who were directly involved in making the bombs and planting them went across to Dubai and from there to Pakistan. The ones who were caught and convicted have been given death sentences and are still in jail. Only one has been executed - Yakub Memon, the Chartered Accountant brother of Tiger Memon  - though he was not directly involved in the acts of masterminding, training, handling or planting of the bombs. He is suspected of having helped with the financial dealings and other such activities. Tiger and Dawood have not been captured nor tried.

An interesting fall out of the bomb blasts is that the Dawood gang split on communal lines and his once deputy Chota Rajan and his Hindu brigade kill several D men who were involved in the bomb blasts in a retaliatory move. It is fascinating to see how it all unfolded and how it changed so many lives directly and indirectly.

The book is well written with lots of detail and keeps you on the edge. Well researched and written. Truth is stranger than fiction like they say.