Anjali - How Do I Change My Plan Now Without Upsetting Others?

So the Diwali mela planning is going on for Daksha school. As usual the children put up a stall - haunted house, dance, games, challenges etc. Parents and relatives and friends go on the mela day play games, buy stuff and eat food and through all these activities, raise funds that the school donates for a good cause. One year it was cyclone relief, one year to help buy computers for a government school and so on. We adults love the food, the fun and energy and have a great time. 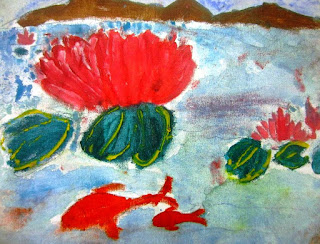 Ove the years Anjali has put up stalls with Mansi and other friends. Some games early on. Last year she got the idea of a second-hand book sale. She collected a lot of old books from friends and family, priced them nicely with her teacher's help, and sold them all off. Everyone liked the idea and it gathered a lot of money too, thanks to enthusiastic parents and children.

This year Anjali and Mansi, old partners in crime, decided to put up a dance show. They practiced and were all set when Anjali had a change of heart at the last minute. She was not sure if she wanted to do the dance. While discussing, I told her that there was still time to change her mind. As well do what you want to if you are convinced that will make you happy. She considered some options and decided on the books stall again. But she had a problem.

'Mansi will be upset,' she said, her face all worked up. 'It was my idea to do the dance. We prepared. Now if I change it she will get upset. Also, Aunty will get upset as well.'
I let her be for a while and gently asked her if she, the most important person in the scheme, was okay with the idea of the bookstall. Was she convinced?'

'Yes,' she said. 'But Mansi will get upset.'
How to break the news to her without getting her upset?

So I told Anjali that Mansi would get upset if she felt that Anjali was pushing her ideas and taking Mansi for granted. So a better way to broach the topic would be to give control of the situation to Mansi.

'Maybe you could tell her that you felt the bookstall was also a good idea,' I said. 'Then ask Mansi what she thought about it. If she is given control of the decision, she may also agree without much trouble.'
Anjali thought about it.
'What if she says no?' she asked. Valid question.

'Then gently explain to her why you changed your mind,' I said. 'Tell her how you are really feeling. Show your feelings of frustration, uncertainty. Be honest about them. Involve her in your decision. Then leave it to her. In all likelihood, she may see reason and will want to help you because both ideas were yours only.'

Anjali felt that this could be a way out.

Then, the second problem.
'What about aunty?'
'Tell her the same,' I said. 'You are the student. You have a problem. Put it across to her. Tell her that you originally thought about dance but then thought the bookstall was a better idea. Give her your reasons. Apologise for trouble caused. Put the ball in her court and ask her to help you and you really want to do the bookstall. Once she feels you are doing this in a well thought out manner, and not on some whim, she will support your decision.'
Anjali thought about it and said, it might work too.

Absolutely. People love helping. People love being asked to help. It makes them feel good about themselves, feel acknowledged. It also makes things easier for everyone.

Anyway, Anjali listened to me and felt less agitated about how to get what she wanted without upsetting the other people involved.

Next day she came back and gave me a thumbs up.
'Mansi agreed,' she said. 'And so did teacher. The bookstall is on.'

And so was solved one big dilemma,

Posted by Harimohan at 9:55 AM