Thought for the Day - Make The Music Connection!

This is one of the greatest insights I think I have had. A couple of decades ago (when I was considered a worse effect on impressionable minds than I am today) a friend of mine asked me to meet his 16 year old son who he thought was getting too rebellious for comfort. Now my friend was a conservative man and doted on his daughter who fell in line with his ideas. She dressed conservatively and did all things right as per his book. The boy was not. 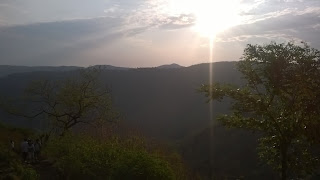 Now I had no experience of doing anything with kids so I went with an open. I chatted with the boy and realised he was normal - I was like that when I was 15. He listened to rock music, did not want to spend time with his family, preferred being alone, did not like being questioned and certainly rebelled at any kind of control that was being forced on him. After a polite chat during which I made no connection I saw his music collection. I told him some of the music I liked and asked him to play his music. His eyes suddenly came alive. Not only did he play all his favorite music for the next half an hour, he even generously gave me his prized CDs which I know is a huge symbol of trust. I was surprised at the connection we made.

I thought about it and realised that words do not really convey as much about us and our feelings. More so when we are adolescents when hormones are raging and we are crossing over from being children to young adults. They do not know how to express themselves and they express themselves through their music. And if someone can actually even listen to their music without being judgmental, they feel understood. I have tried the same with all the young nephews and nieces of mine and they all relate to me best through the music we share.

But what was interesting was what happened recently. I visited Pune and met a ninety plus year old uncle. He was low on energy and actually talking about whether he would be alive the next visit etc. Since the air was heavy and morbid, I changed the topic and asked him what his number 1 song was. His eyes lit up and he said it was K.L. Saigal's song. His entire demeanour changed. I asked him if he wanted to listen to it. His eyes lit up again and he said yes. I played it on my mobile. He was so happy that he started to hum along. After a while I showed him how to play it on his mobile and left. As I reached home, I heard him call me. He had walked all the way because he had somehow lost the YouTube screen where the song was playing. It was incredible how the connection was built, how the energy changed.

Want to heal a relationship? Listen to that other person's music with him or her. That is their innermost feeling, their deepest truth. By sharing it, they are letting you in. Just listen. Be.
Posted by Harimohan at 4:09 PM