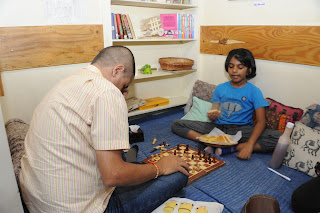 Thanks Gouri, Vishal and Sonal for making it happen.
A huge thanks to Satish for capturing the pictures on his camera and an even bigger thanks for everyone who made it. Am so glad we could do a Pune event when the family was around. Thanks all who were there in thought and spirit!
Posted by Harimohan at 6:44 PM

Labels: books, This Way Is Easier