Are you lazy? Or are you procrastinating?

E-Canteen Fundas: Get the important tasks out of your way first! Don't postpone 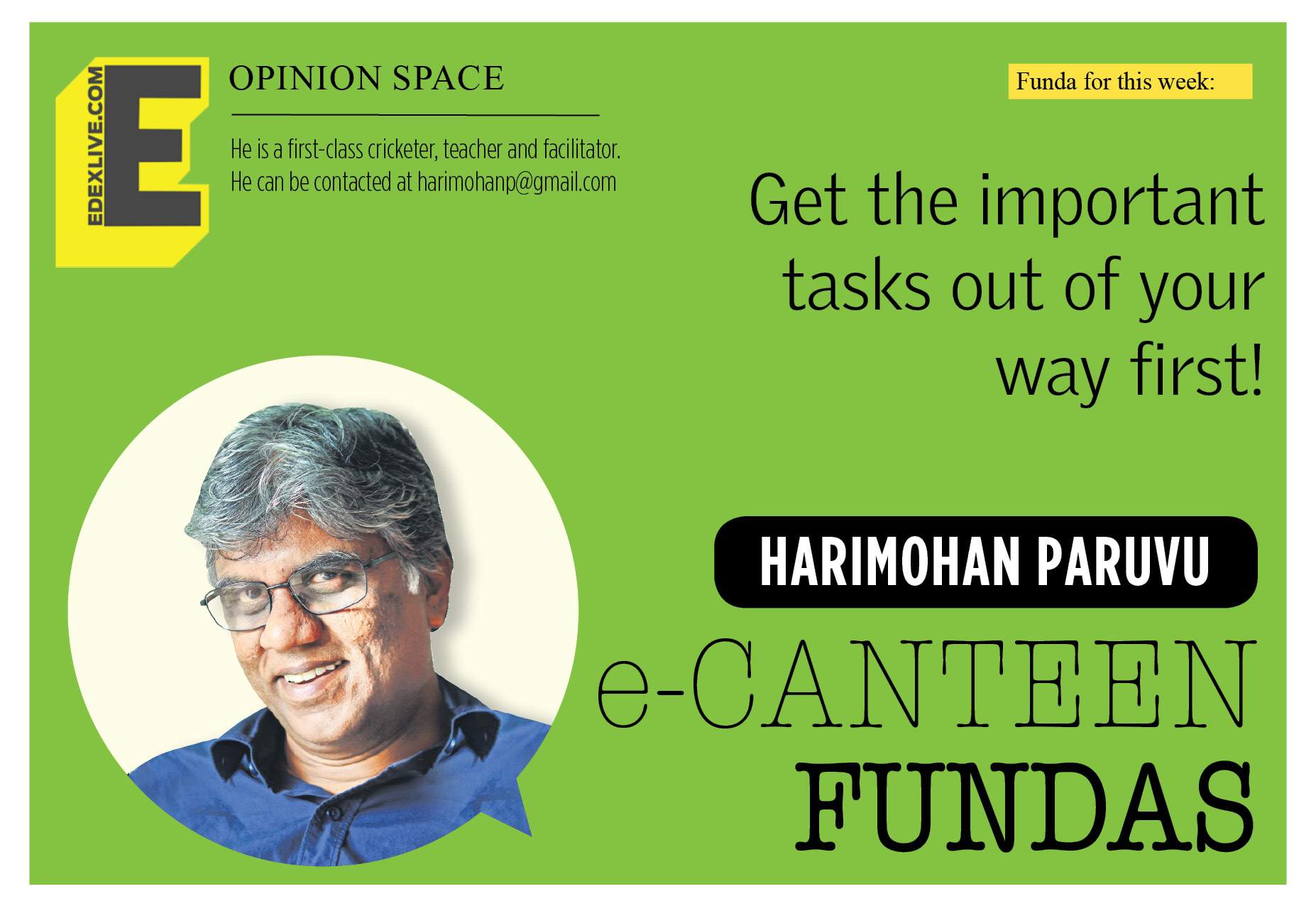 Rahul,’ said Rinku. ‘The deadline for submitting Priyanka ma’am’s assignment is almost over. Why haven’t you started on it?’

‘Why are you so lazy?’ chided Rinku. ‘Bhaiyya, is there a cure for laziness?’

‘I don’t know about curing laziness,’ said Rakesh, ‘But I do know that Rahul is not lazy. In fact, he’s very busy and active — doing odd jobs, workouts, on social media. But yes, he’s putting off doing his assignment, which is procrastination.’

‘Laziness is a personal attribute, of not doing an activity because you’re not inclined to, whatever the cost,’ said Rakesh. ‘Whereas, we postpone important jobs and get busy doing less important, seemingly urgent jobs, when we procrastinate. We finally end up doing the important work, but at the last minute and we do it less efficiently and at a greater cost.’

‘But why do we do that?’ asked Rinku.

‘One reason could be the fear of going out of our comfort zone,’ said Rakesh. ‘Doing important jobs well directly impacts our progress, which is sometimes scary. So, we get overwhelmed or approach the tasks in a disorganised manner. If we’re perfectionists, we postpone the task fearing imperfection. Fear of failure or the fear of success makes us distract ourselves, wait for the right mood, making it difficult for ourselves to do a good job. The quality of work suffers, deadlines get missed and we lose our confidence and reputation. What started as a small habit of postponing important jobs grows into a big pitfall that compromises our progress.’

‘Whoa,’ said Rahul. ‘How can I stop procrastinating, bhaiyya?’

‘By first becoming aware that you’re procrastinating,’ smiled Rakesh. ‘If you’re overwhelmed, break the task down to bite-sized versions and get started. If you’re disorganised, organise yourself better. If you’re a perfectionist, realise that some things need several iterations. Whatever it is, get started on the important things, otherwise you’ll be running in the same place without making progress. The cost of postponing important things is huge.’

‘Any tips to get started, bhaiyya?’ asked Rinku.

‘A well-known practice is making a To-Do list with six most important tasks for the next day in order of priority,’ said Rakesh. ‘Start with the first task first thing next day and don’t go to the second until you finish the first. That way, you make definite progress on your most important tasks every day before other tasks take over.’

‘Thanks, bhaiyya,’ said Rahul. ‘Didn’t realise procrastinating had such huge costs. Now that I know, I’ll act decisively.’
Pro Tip: For efficient completion of work, don’t postpone important tasks. Make it a habit to complete them first. Focus on progress, not merely activity
Posted by Harimohan at 10:47 PM