We are all intelligent in our own way - check out the theory of multiple intelligences!

E-Canteen Fundas: Figuring out where your intelligence lies can help you pick an apt career


People are unique and have different abilities and skills. An eagle cannot do what a horse can and vice versa 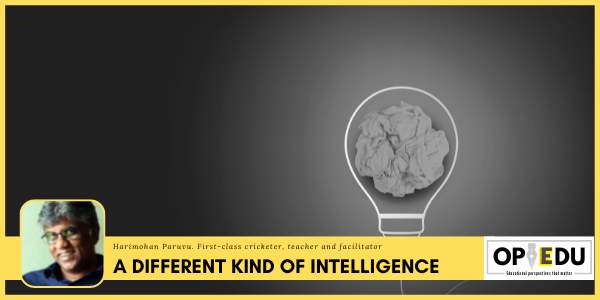 
‘Rinku, did you hear that Akshay has chosen to concentrate on music as a career?’ asked Rahul. ‘I am quite amazed at his decision.’

‘It is a good question,’ said Rakesh. ‘We normally look at cognitive abilities as being a sign of general intelligence. Being good at languages, Math or Science are somehow more valued than others.’

‘How exactly do they define intelligence, bhaiyya?’ asked Rinku.

‘American psychologist named Howard Gardner’s broad definition of intelligence was the ‘potential to process information that can be used to create products or solve problems of value’,’ said Rakesh. ‘Perhaps it was interpreted as the intelligence that can fetch you a ready job like languages and sciences do generally.’

‘True, bhaiyya,’ said Rinku. ‘It’s a rather narrow way of looking at our talents. I wish there was a way in which we can figure out whether we are good at other things like music and tennis.’

‘There is an interesting study by Gardner that simplypsychology.org cites,’ said Rakesh. ‘Gardner’s Theory of Multiple Intelligences says that students must not be narrowly judged only based on their cognitive abilities or general intelligence. He identified eight types of intelligences that we possess — linguistic, logical or mathematical, spatial, bodily or kinesthetic, musical, interpersonal, intrapersonal and naturalist. Now, we all have one or more of these intelligences but if we keep our eyes and ears open, we can spot where a child’s intelligence lies in these eight areas. Then we work on that intelligence instead of working on something they are not great at. Sachin Tendulkar as a cricketer and AR Rahman as a musician are far more useful to society than in conventional careers.’

‘Wow,’ said Rinku. ‘It does make more sense. What exactly are these eight intelligences about?’

‘Linguistic intelligence is the ability to grasp and express oneself in spoken and written language, a capacity to use language to achieve a certain goal,’ said Rakesh. ‘Any careers you can think of for them?’

‘Oh yes…speakers, lawyers, writers, authors, poets, journalists and hosts of TV shows,’ reeled off Rinku. ‘And what can logical and mathematical intelligence be used for, bhaiyya?’ 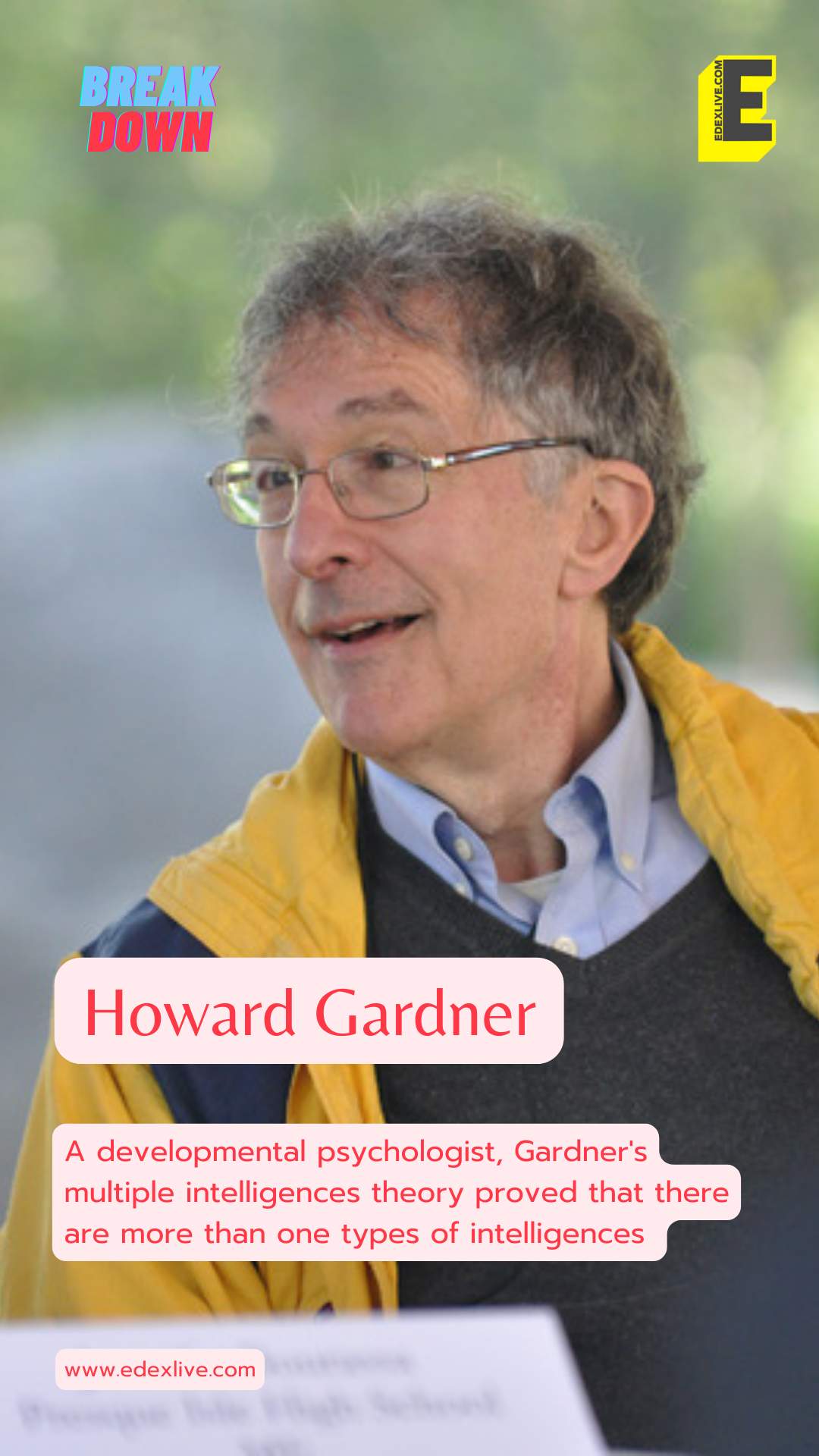 ’Logical intelligence is the capacity to analyse problems logically and investigate issues scientifically,’ said Rakesh. ‘This is the domain of mathematicians, scientists, accountants, computer analysts, statisticians and other such.’

‘What’s this spatial intelligence, bhaiyya?’ asked Rahul. ‘Do they go to space?’

‘They have an ability to conceive, design and manipulate spaces effectively,’ smiled Rakesh. ‘Like pilots, surgeons, sculptors, architects, graphic designers and interior designers.’

‘I get it,’ said Rinku. ‘My cousin has a great sense of how to use space. She changes things ever so slightly and voila, everything changes. Thankfully she’s studying architecture.’

‘Nice,’ said Rakesh. ‘And people with kinesthetic or bodily intelligence use their body to solve problems. Dancers, sports people, mechanics, singers, carpenters, and physiotherapists are careers they can be good at. Zeeshan must have figured that his kinesthetic intelligence is high.’

‘And musical intelligence must be the ability to sing, perform, compose or appreciate musical patterns,’ said Rahul. ‘So they can pursue careers in singing, composing, being a DJ or a musician. Like Akshay.’

‘Yes,’ said Rakesh. ‘Interpersonal intelligence is the ability to understand the intentions, motivations and desires of others so we can work effectively with them. Teachers, psychologists, managers, salespeople, public relations people, administrators — these careers open up to people with good interpersonal skills.’

‘Nice,’ said Rahul. ‘I fancy myself in those jobs. How is Intrapersonal intelligence different from this one, bhaiyya?’

‘Intrapersonal intelligence is the ability to understand oneself,’ said Rakesh. ‘It helps to use oneself effectively by building a good working model based on one’s strengths and weaknesses fears, desires, and capacities. Careers as therapists, counsellors, psychologists, entrepreneurs or spiritual careers beckon.’

‘I can guess what naturalist intelligence is,’ said Rinku. ‘It has something to do with nature, flora and fauna, right?’

‘Yes,’ said Rakesh. ‘You’re right. People with naturalist intelligence find nature fascinating. They take easily to a career as a botanist, biologist, meteorologist, astronomer, geologist and so on. People like Jane Goodall are naturalists.’

‘Wow,’ said Rinku. ‘This makes so much more sense than simply categorising people based on marks in exams. Many times these other intelligences are suppressed to favour cognitive intelligence, bhaiyya. I remember my mother would tell me that singing would never fetch me money and stopped my singing lessons. If people could only look at the various intelligences a child is showing, we would not need to box them into careers they may not fit into or are good at.’

‘Exactly,’ said Rahul. ‘Just knowing about this is freeing. I always felt I was a little dumb compared to the logical and mathematical guys. Now I know that they are a little compromised in the bodily and kinesthetic areas compared to me. Makes me feel much better.’

‘Absolutely,’ said Rakesh. ‘Understand that we are all different and we do not need to fit into the same boxes. You can certainly pursue a career of your choice but we can use this information to help make choices. There are many tests online to test your multiple intelligences. You can find out what you are good at and pursue that. Or you can even develop intelligences that you are not strong at to help in your chosen career once you know what you’re good at and what you’re not.’

‘Thanks, bhaiyya,’ said Rahul. ‘That was very valuable indeed.’

Pro Tip: People are unique and have different abilities and skills. An eagle cannot do what a horse can and vice versa. Howard Gardner’s theory of multiple intelligences lists eight different types of intelligences that people have. Don’t try to box yourself into one, if you have a natural intelligence for some other.
Posted by Harimohan at 7:01 PM