Based on the 1986 Chernobyl nuclear power reactor accident which is amongst the two worst nuclear disasters in the world, the story lauds the efforts of the liquidators who tried to set things right and save all those they can, at risk to their lives. Some sense into the disaster.

Story is set in the backdrop of Chernobyl - a fireman who is leaving Chernobyl on his last day there to start a new life with his new found family - he has to return to the site and make the supreme sacrifice. 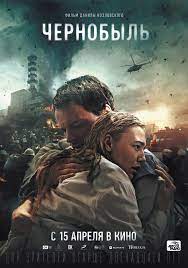