On Teachers Day I remember with gratitude all the teachers who have taught me and made me. More so the teachers who left a lasting impression on me by their words and deeds, their intensity to teach and impart knowledge by being themselves. 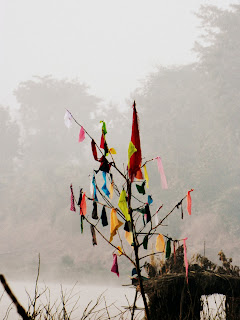 1) L.T. Ramasarma: My first teacher at Eluru, when I was all of five. He would come home in his dignified yet friendly manner, well dressed, clear about all he wanted to teach, strict when he needed to be. Perhaps my early grounding was based on watching him - the epitome of a principled teacher, most concerned with imparting the right knowledge to his wards. 'Sir' as he was known was a headmaster at a government school, rode a cycle, and remained a close family friend for over three decades. Much gratitude is owed to him for all that he taught me with such patience and love. I lost touch with him after he moved away from Eluru.

2) Sister Mercy: The one who epitomised kindness, Sister Mercy taught me at St. Joseph's, Nellore or Fatima High School, Kazipet I fail to recollect. But what I do recall is her warm nature, her perpetual smile and her kindness. On the last day of school at the completion of the year, the sentimental sister gave us all lovely little stickers, glittering with gold and silver, of little angels and fairies. It was such an unexpected gift that we were all floored. We were so sad to leave the smiling sister's class. And she did have tears in her eyes that day. I do not know where she is, but wherever she is, she will always make people happy.

3) Bro. K.M. Joseph: The Cricket brother of All Saints, mentor of many great cricketers including Mohd. Azharuddin, Bro. K.M. Joseph never taught me when I was in school. But these days I seek him out when he is in town and we talk about this and that. I learn from him how the mind of a teacher works. One who has taught me much by just being himself, Bro. Joseph shares openly his methods in teaching children. Never punish when you are angry, Tell children that the action was bad, not them, Give them space to grow up by themselves, Show them right values by living them yourselves - and so many more wonderful little lessons that he shared with me. Thank you Brother Joseph. He gave me a testimonial for my first book, attended the launch and even watched the movie Golconda High School with us. We had a fun outing then. I met him last week, the day he was leaving for Rome, where he is stationed now.

4) Bro. Vincent: The strict disciplinarian Bro. Vincent was my Principal at Warangal and then at All Saints Hyderabad. I best remember him for being kind and strict too, but mostly for calling us, the All Saints Cricket team and urging us to beat the HPS Begumpet, team - a near impossibility. He promised us a treat if we won. We did. We asked to see a movie, a dinner and he readily funded that. "Jaws" at Maheshwari followed by dinner at Mohini's, with a double round of ice cream. Bro. Vincent became bitter in his later years, and sick. I met him in Boys Town in the late 80s while playing a match. He died shortly after.


5) Dikshit: The loud mouthed Physical Director at All Saints brooked no nonsense from anyone. He was the man who picked me in the cricket selections in the tenth and pushed me along as I represented the school, state and South zone. The lovable old man did much more than he revealed for us behind the scenes. Inside that loud demeanour he had a kind heart.

6) M.R. Baig: My first cricket coach and one of the greatest teachers ever for sheer commitment and knowledge. With the slightest effort and correction, he set right the biggest of issues, tells you only as much as you need to know. He is kind, he is strict. He is stuff that books can be written on. Sadly for all his commitment and love of the game, he is shunned into oblivion, his great knowledge, left to the winds. Cricketers from out of Hyderabad seek him out, this BCCI Coach who is well renowned all over.

7) M. K. Joseph: Tall and kindly, one with a good humour, Bro. ML. Joseph taught us in Warangal. I have no specific incident to relate of him except that he would let us play table tennis with him after school and was a good sport. I have no idea where he is.

8) Sastry sir: The stylish English teacher who taught us how to pronounce 'tortoise' the right way, and so many other things, a great dramatist and stylist, and one who held the class in absolute silence. Mr. Sastry was the first to find a spark in my writing skills - upon seeing me write an essay in English in the tenth he called me over and told me in his inimitable style - "You have talent you know. You could make a career as a writer." I was flummoxed to be in his presence, mumbled something and ran away. Sastry sir is no more. he would have liked the idea that his student wrote a novel or two.

9) Mrs. Luthra: The beautiful and kindly Mrs. Luthra taught us Hindi and was even class teacher for us  one year. One day she punished me unjustly - I protested. The next day she realised her mistake, called me to the staff room, apologised and gave me a small gift - a book of 100 sayings by Dada Vaswani. She was kind, taught me the value of accepting one's mistake, and gave me a gift I really cherished. Lost touch with her.

10) Joshua: Our English sir at St. Alphonso's, stylish and lively, he made the classes come alive. He also bought style to our lives. I remember him roundly flogging me for using the word 'facade' in an essay - insisting that I used it wrongly. I contested and he flogged me even more. I backed off. But years later when I met him, he still remembered me much to my surprise and was rather emotional too. He is someone one can never forget.


11) Jagannath Mishra: One from the North and a puritan as far as Hindi goes, he was a wonderful teacher. Full of anecdotes and some cheesy jokes, Mishra ji, our Hindi teacher at St. Alphonso's Junior College, revealed a soft side to him by crying uncontrollably like a baby on the last day of our class leaving us all in shock. We never thought he cared for us that much.

11) M.L. Jaisimha: Though he was never my coach or teacher, the very fact that I shared time with him on the field was a huge education for me. One was the manner in which one can conduct oneself, the way one can be at ease with life and people, to have that perfect balance that few of the assured are blessed with, he shared his amazing knowledge on cricket among many other things in such a simple and effective manner - a quiet word, a joke and that was it. Perhaps one of the biggest influences on me and many more of our times. I learnt not just a subject from him, I learned about life. Jai Uncle is no more and I really miss his wisdom now when I have so many questions to ask.

12) Sampath: For sheer commitment none could beat Sampath, the coach for the Hyderabad team for many years. I got along well with him. When I got dropped he came all the way to Osmania University and sought me out. 'Give me one year of your time and I will see you will play Test cricket,' he said. I have no doubt he would have - Sampath knew what he was talking about. He was a tough taskmaster. I did not have the sense or maturity to accept. But I am eternally grateful to him for showing me how teachers can go to that lengths for their wards. No one has ever done that for me. Sampath died soon after in an untimely accident.

13) Prof Shamraj: The big hearted, sporty Professor of Mechanical Engineering Prof Shamraj knew his sports as well as human nature. He helped me in every way as I struggled to balance cricket and engineering, as he helped every other sportsman he came across. One that I have great regard for, Professor Shamraj played tennis and cricket equally well. He'd share a smoke with the boys, a joke, put an arm around the shoulder and was immensely popular. I sought him out and gave him my book in Muffakamjah a few years ago. When I met him last he congratulated me on becoming the Chairman of Selectors and assured me that I was doing a good job. Eternally grateful to him as well.

14) Venkat Reddy: More of a friend than our teacher, the young and ever smiling Physical Director was a big hit with us. He was really affectionate, fun loving and helpful and we have many wonderful stories about him. Generous to a fault he offered me every help including giving me expensive kits when I played for the state.

15) B. Trivikrama: Again, stylish and dramatic, clear in his concepts and sweeping in gesture, BTV as he was known to us made a big impression and impact with his teaching style and methods. The three day pre-placement training at NAARM where he along with Balaji and Hanumantha Rao taught us several wonderful concepts through personality development games was brilliant. Much learning. BTV left the campus for a corporate assignment and then, to the USA.


Many other gurus of course. Many more to thank. Thanks all. And another time, the bad teachers should be listed too.
Posted by Harimohan at 6:38 PM