Hook: A man's deep involvement with his mobile phone and its consequences. 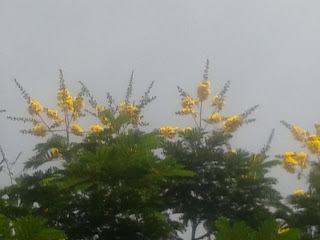 Story: A young man buys himself a new phone and gets completely lost in it and its features. With his increasing involvement with the phone he loses touch with real people and the real world. After a while he completely forgets his friends and his family and is busy uploading his life to a bunch of virtual friends.

Then one day he falls ill - basically cannot use his phone to sms or use facebook and escape into his world. Slowly that virtual world fades away and he is back to reality. Alone, with only a bunch of boring numbers.

Version 1. On the verge of turning suicidal he gets a call late one night. He grabs the phone and finds an old friend that he had never called in years calling him. It appears that his friend is returning the call - the number must have got dialled by mistake. Hero feels much better after he talks to his old friend and promises to be in touch with him. His friend also tells him its great to chat with him. From then on, every night, he calls up all the numbers in his phone, one by one, in the same manner, feigns a mistake and revives his phone book and all his friends and family.

Can he also revive his love through his phone?  What happens if he loses his precious phone?

Version 2. As he is getting suicidal thoughts and keeps staring at his phone, he gets a call that changes his life. It's a telecaller selling love. The telecaller has a scheme where everyone who has no love can buy some from the telecaller. He gives him a sample. You get one call everyday from the telecaller and that call tells you all the greatest things you want to hear about yourself - it genuinely makes you feel loved. All you have to do is listen to it for two minutes everyday. Our man tries it, likes it and subscribes.

In a while he asks for a job where he can also assist in the telecalling. While selling love he goes through a series of emotions, but the good news is that he starts getting better himself with all this love going about. When he has fully recovered he wants to visit his benefactor. Now, is he or she what our hero thought he/she would be? Twist in the tale and end with a dose of love. Flowers and smiles, tears and joy. The End.
Posted by Harimohan at 9:52 AM