Is there a god or not? Richard Dawkins says no - god is a delusion. He is a man of science, an atheist, and goes on to elucidate on the subject and makes a cogent case. He is also an ethologist and an evolutionary biologist apart from being an author and a Professor for Public Understanding of Science at Oxford University. Dawkins most famous work is 'The Selfish Gene' which is about gene centred evolution. 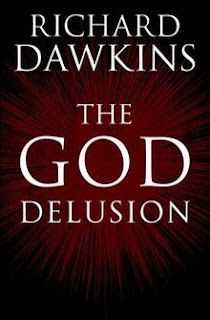 'When one person suffers from a delusion it is insanity, but when many people suffer from it, it is called a religion', quotes Dawkins of Robert Pirsig. He says how atheists who don't believe in god can also be happy, balanced, moral and intellectually fulfilled. He debunks the god-hypothesis and says that natural selection and other such ideas are superior. If god is the great designer he asks who designed the designer.

Dawkins gives many examples of how the religious texts have many gaps and says children should not be labelled by parents on the basis of their religion. This would subject them to persistent false beliefs from a very young age. he says atheists should be proud. He is not very kind towards agnostics and feels they should make up their mind.

On morality, Dawkins says we don't need religion to be moral and good. We all have altruistic genes. He says religion divides, fans fanaticism, is anti-gay and has even been accused of abuse. Science, on the other hand, does not do that. Good enough argument to begin with.

Thought-provoking. If I was wan agnostic, I am now converted.

Thanks Anjali for lending me this book!
Posted by Harimohan at 11:04 PM