The Hitchhiker - The Capacity to Adapt to Life

It happened a month ago. I still cannot get my head around it. It was one that showed me up for how rigidly and how securely I had drawn the boundaries of my world around me. 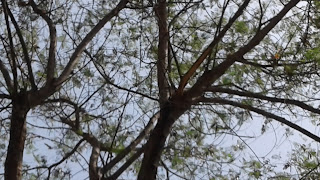 I was to drive to Bangalore and I asked young Abhinay if he would like to travel with us since he goes to Bangalore often and since we had to discuss a few things. We could do it along the way and I'd have company too. Yes, he said, that's exactly the kind of a trip I want. No planning. In an hour's time I decided to shift the next morning's plan to this afternoon, a few hours from now. Yes, even better, he says. The more unplanned the better, the more chaotic the better. Perhaps I was like that when I was 21.

So off we went. We took off at 4 in the evening.

Abhinay was to stay with his cousin who is working in Bangalore. We reached the Hebbal flyover at 2355 and he gets off and says, my cousin has gone to Madikeri sir. I was wondering what he would do? If I was he would stress myself out by this turn of events. Where to sleep, why did he have to go, what to do, why did I take this journey etc etc. But Abhinay says, I will go to Madikeri. Like he was going to the neighbour's house. This is the middle of the night, how, I asked. I will find a way sir. As casually as that. He seemed to be enjoying the whole experience.

I told him to get to the bus stop on the Mysore road and he would find something to take him to Mysore and onwards. Sure sir and off he went with his back pack like he was strolling away to his home ten minutes away. The next I heard from him was an sms at 730 in the morning that said I am in Madikeri sir.

He took a bus to the bus stop on the Mysore Road. Then he another bus from there to Mysore at 0030 hrs which dropped him off at Mysore at 330 in the morning. Then he hitched a ride on a car from a sportsperson - maybe he was wearing a track suit for about 2 kms. Then he hitched a ride on a motorcycle and then another motorcycle for a distance of 10 kms. Then he hit gold when he got a ride from a businessman who was travelling to Madikeri in a car. The rule seems to be to take a ride to any point in any vehicle (I was careful not to go with any dangerous types sir) and keep making progress. Whether it is a moped or a sedan, a truck or a bus, it did not matter. All that mattered was that they were willing to give him a ride in the direction he wanted to go. I am also quite impressed by the people who gave him a ride at 3 in the morning - he does look harmless and friendly - but still.

At Madikeri he met his cousin and friends and they were all for doing the regular touristy spots. Life cannot be too easy for Abhinay so he asked them if they would go with him to Mandalapatti, a spot which is some 18 kms from Madikeri. (It's absolutely fantastic - check out the pictures on google). Now that looks easy but you can only get to Mandalapatti by jeep which costs some 1800 bucks and its quite a ride. Abhinay broke away from his cousin's group and decided to walk the 18 kms to Mandalapatti. I cannot believe how he does this - a bit like Shantaram when he does things you don't want him to. Along the way some people told him it was a tough walk and he could get caught in rain and that's the only time he had doubt. But then God disposes so he sent a jeep with four youngsters who were as curious as the others to see this lone boy walking along. They asked him and he told them and they shook their heads and said hop in bro and so he hopped in and off they went. They split paths at Mandalapatti and he walked about the place and without insurance from the gang as is his wont looks like, and voila, he finds them again and hitches a ride back. He catches unadventurous cousin and friends and they all drive back to Bangalore.

Next morning he gets off his cousin's pad and hits the road at 5 am. He gets a bike to give him a ride to Hebbal - the Hyderabad road. Then he hitches another bike ride to the airport from Hebbal. Now this is May and mid May, so the sun would have risen. Then another bike driven by one Srinivas which deposits him at Bagepally. Then comes along another bike that deposits him at Penukonda - a distance of 40 kms. From Penukonda to the outskirts of Anantapur he found a moped. Here the old man driving the moped gave him 50 rupees for safe keeping. The other gentlemen too have been extremely concerned about the boy and advised him on what to eat and drink and even to call them after he reaches home. Humanity seems to live in the villages.

From Anantapur he got a ride on an Eicher van for a distance of 30 kms. He dropped him off at Kallur toll gate. So far not a word from a single person about money - instead they are giving him money and advise. Then comes the Kwid car at Kallur with a well to do gent driving it and he drives him along till Marur toll gate. But get this - he is the only one who asks for money and pretty much demands it. 150 bucks he wants (Abhinay gave him 50 and got away). Now this is almost 2 pm or so I guess and he gets another ride on a bike till Beechpally which is after Kurnool.

The biggest heart comes with the truck driver Raja who is driving to Hyderabad from Madurai all by himself. He delivers Pepsi bottles. He picks the boy and off they go to a dhabha which is a truck driver's spot. Raja insists on paying for lunch (a different lunch with some name I forget but which Abhinay says is delicious) and Abhinay meets many of his truck driver friends. Amidst many stories and finally a big invitation to come and visit Madurai, Raja, father of two sons and a daughter ? who are studying professional courses, drops off Abhinay at LB Nagar at 10 pm. Then he is concerned and comes to the  bus stop to see him off and insists that he could come and drop him at home. Next day Abhinay is shocked to find an unknown number calling him at his office hours and when he returns the call he finds that it is a worried Raja who wanted to thank him and to bid farewell to him and extend his invitation to visit him in Madurai again. Wow.

Clearly the people at the bottom of the pile are seemingly more giving. The old man giving him money was incredible, considering that he was probably the poorest of all. Their concern for the boy is so obvious in their advise - in taking his number to call if he has reached home safe. Raja's final call. The KWID guy shows just how we think - smart - or stupid. But what a story.

The more I think of it the more the wonders of life seem to unfold if you dare to step off the beaten path. If you trust it, it will take care of you. But to trust you need a big heart, an innocent heart, a brave heart. And that seemingly seems to pick out the right people and place them in your path. What a lovely three days for the young boy - it gladdened my heart to merely hear it. I don't think I will ever have the courage to be like that, hanging on to the skirts of safety forever as I do, but the possibility seems so beautiful just to hear. It is this adaptability to the moment, to the unknown that puts life on the razor's edge, and makes it alive. And this adaptability could well be Abhinay's biggest strength as he goes forth seeking more from the adventure called life.

To more such stories, more such people.
Posted by Harimohan at 6:18 PM