Thought for the Day - The Biggest Motivators Are Insults, Jibes and Barbs

The more I think of it, the more I am convinced that most people are motivated to big achievements, expertise, success etc - thanks to some well chosen unkind words, barbs and jibes. People who would have told them that they are no good at this or that, that they can never do certain things etc are sometimes the biggest causes for people to want to prove it wrong, even if it is the last thing in the world. Sometimes they become world leaders because of these barbs. 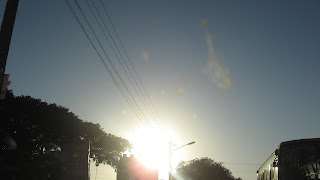 Movie stars who have been trashed, students who have been told they are worth nothing, poor people told that they are nothing but slaves, racism faced by those who live abroad - you read any biography of a famous person and you see that they are inspired by the sheer hopelessness and the sheer dismissal of their capabilities by someone who himself is not a great model. And from that humiliation, from that utter lack of respect, from that show of complete disregard for another human arises the biggest motivator of all - pride. And once that is stirred mountains move.

No one thing drives anyone to madness, to prove himself than this factor - pride. Trample on it fully, drive him enough to get back and he will come back and prove to you - 'you thought I was worthless, I proved it'. Of course many people choose the easy way out and die when others prick their ego but here lies the key if insult has to be used as a motivator. It should be stinging enough to prick their pride but you must leave enough room for them to want to get back. To prove to you they can do it. It should challenge them, hurt them, lash at their souls day and night that their pride has been violated. Much good can come out of that.

Many use barbs and insults thoughtlessly (they are insensitive by nature) and hurt people - but they actually do them good if the same people gear up and work for it. Some are too harsh that they leave no scope for them to get up and show what they can be really and they can crush the spirit. But most, do just enough to wound the sleeping spirit and that can work wonders. Those are the sweetest hurts that one never forgets. 'I remember someone telling me I was no good at.... I'd like to see his face now.'

Dustin Hoffman and Gene Hackman were voted the least likely to succeed in their acting class. Gene Hackman actually met his tutor from the class when he was working as a doorman in New York as he awaited his big break and the turor said 'See I told you you'd never come to anything.' Muralitharan was called for chucking early in his career and insulted repeatedly and he went on to become the highest wicket taker in the world. There are tons of example here.

It is a cause of anguish no doubt to do it but it is sometimes necessary to wake people up from stupor with some bad medicine if you are a good coach. Normally their current performances are bad enough to accept for them. Make them own it, that you think they cannot do better and they will show that they can.

The key is to do it right. I am reminded of Machiavelli's line which went something like - if you have to insult a person, do it such that it is too light so he ignores it, or that it is too harsh that he is crushed by it. Anything in between, and he will get back at you.

To use this line as a motivator, one must do the middle thing, do just enough so he gets back and shows you his fist and say 'I did it'. You can always smile and say 'Is that all?' and push him further. Then you have done your job as a coach, a motivator. And he or she will always remember in their twilight years how you had goaded them on - with love wrapped in some sharp medicine.
Posted by Harimohan at 6:58 AM

Articles like this are also biggest motivators. It would have been bit more nice if you have more real life examples :)

Thanks for the article.
Prasanna.

Prasanna,
The Dustin Hoffman and Gne Hackman story is real. Just as Gandhiji's story from Pietermaritzberg in South Africa in 1893 when he was thrown out of the train. Or that of Tata who was refused entry to a Whites Only restaurant in Bombay and built the famous Taj Hotel in response to that incident. Amitabh Bachchan struggled for years because they said his face was not that of a star - I think even his voice was not considered fit for a star. Amjad Khan was considered the weakest link and his voice was almost dubbed by another in Sholay before he went on make Gabbar Singh the most remembered icon in Hindi film history. I am sure every one who has made an impact on the world has had one incident. It cold also be that we tend to remember these barbs more.
Thanks for writing in.