The Great Indian Paradox - Rushing to Get out of Planes

Why do people snap out of their seat belts the moment the plane touches the runway? The sound of a million clicks of belts coming off resounds as the plane is still steadying itself from its landing. Its as if the belts are scalding hot or have transformed into some live snakes and these people have to get out of them to save their lives. I'd think practically everyone knows that its still a while before the plane stops and the doors open and then the others disembark and then you get off but no. Seats belts are ripped off, people are jumping up quickly as if its a race, opening baggage cabins and are ready to go, switching on their blackberrys and calling their drivers who in all likelihood are sleeping off faraway and saving on the parking fees and announcing to everyone who cares to listen that they have arrived! 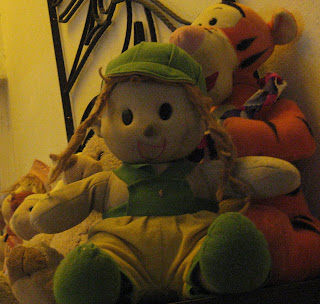 And then as the plane taxis carefully and the announcement goes on that you can now take off the seat belts but remain seated still for your own safety - and about 90% of the passengers are ready to get off, bag on shoulder, phones at ears and leaning on the seats impatiently as if the plane is on fire. And most of them are educated, responsible people. What is it people?

I wonder what could be the root cause for this completely irrational behavior. Even if you do get off first you still have to get the bus, pick your luggage, why this ungodly hurry? Do they do the same thing when their car slows down? Rip off the belt, get the bags and wait for the car to slow down so they can jump off?

We must show a movie of an airplane crash because of a passenger using a cellphone in air! May help!

Raja, That gives us an idea for a potential story idea. An airplane crashed because a rich businessman (the villain - Arjun Rampal) uses his cell phone. Parents die in air crash but young Vijay (SRK) survives. He is brought up by a group of crotch scratching apes who have access to some of the best looking babes in those jungles, all clad in grass skirts - they are rakhi bhai (some family sentiment there). Among the bikini clad babes is a Harvard educated Ph.D. in electronics who is working on making a device that kills anyone who uses a cell phone in flight, aided by some past life regression memories which she is an expert at. Meanwhile Arjun Rampal is planning to blow up the Parliament (the new power centre in the world) and SRK has to resort to taking regression therapy (easily done with SRK) and the new machine as he runs against time. Time is ticking!!

Hari - this malaise of getting out of airplanes in a hurry is not peculiar to India but is a general condition afflicting the human race.

Oh, that's interesting Ranjani. What makes them do this I wonder.