Thought for the Day - The Creation of Belief

The most important part of any campaign is the creation of 'belief' within the team. Belief to me is the thought that one get handle any situation. 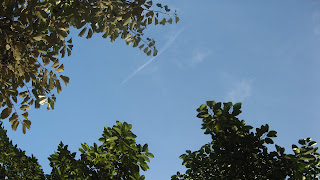 How does one do it is the question. How does one believe that they can wriggle out of any situation? How does one believe that he can do it? It certainly has a lot to do with (1) a mad desire that one would achieve the goal at whatever cost and (2) what the individual or the team has done before. The first is about belief creating the experience and the second is about experience creating the belief. One about thought preceding action and the second about action preceding or shaping thought.

Thought before action
If one believes strongly in a particular outcome  as in telling oneself that 'I must win this game at any cost' or 'I must do climb Everest at any cost', the thought has set in firmly even ahead of the experience. The 'I' is the person's ownership for the goal and he or she has 'decided' first and clearly. What follows next is the logical following of all the right steps, followed though with extreme diligence by the person because he has already taken 'ownership' for his goal and is now going through the process of experiencing in a logical and purposeful manner. he or she will then prepare accordingly, gather knowledge, simulate the experience and be fully prepared. Preparation that adds a lot to the creation of 'belief'. The feeling of having been there and done that.

Experience before thought
The other way is to have been in a situation or have 'experienced' it first. This could happen as a result of a plan or could have happened by chance. But in such cases it is important to understand the exact process of how one went through the process - simulated or real. Just having been there is huge (being on the Everest is huge) and you probably have greater belief than someone who has not been in that situation.You can, if yo can recreate the process in detail create the plan and understand the various aspects of it. By doing so you can compare what you have experienced to what you believe is the 'process' and you can then make sense of it all - including the areas where you made mistakes and areas that you could have handled more efficiently.

For a cricketer simply it is about playing more matches against the toughest oppositions in the most extenuating circumstances that creates the belief best. (I have been there, I know.) Or simulate the same situations and practise again and again until the mind feels that you have prepared enough and for the toughest opposition.

Belief is created by stretching one's known limits. Only when you are out of your comfort zone, when you are against the best, when you are in a system of total uncertainty are you questioning your belief, what is known to you. And when you ask questions and come through, you have greater and stronger belief. So stretch those limits all the time, go out of your comfort zone, deal with the best and understand what you did right. You have then created belief that you can 'handle it', whatever it is.
Posted by Harimohan at 5:29 PM