What are the signs of greatness? Certainly the sweep of things, of the vision that no one else has. Then comes the courage to follow up on the vision (actually seeing that vision requires great courage too) until the dream becomes reality. Resilience, character, honesty, compassion, fairness, nobility, knowledge, selflessness and sacrifice are all part of anything great. 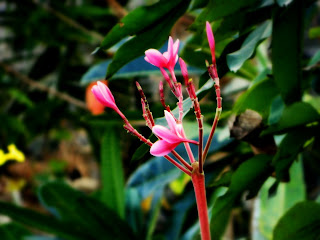 To achieve great things, we need great minds, great people, who can in some part encompass these characteristics. There was a time when leaders showed signs of the same. Sacrifice and selflessness being two important features that ruled their actions. Great minds show up when times are rough.

It is not easy for petty minds to achieve anything great. They can rule only when things are smooth.The reign of the petty mind is pretty much ruled by the opposites of all of the above. Selfishness, greed, dishonesty, weakness, unfairness, lack of basic knowledge and a complete lack of character (as in lack of conviction to stand for anything) are the ruling characteristics of this bunch. They will serve their ends, and in all likelihood, as we have seen, not even have the capability to enjoy their ill gotten loot.

Between the person who makes his loot and runs off while the house on fire and the one who has courage to stand up and set things right - give me the leader who has the courage to fulfill his duty any day. His duty is not to remain in power, his duty to to further the ambitions of the cause he represents. We can judge our leaders by the same yardstick - how many are trying to remain in power and how many are furthering the cause. Do they even know the cause? How then, will we achieve anything great?

Posted by Harimohan at 5:32 PM