Anjali - Teamwork and the Varna System, Humanity, Unfairness and Racism 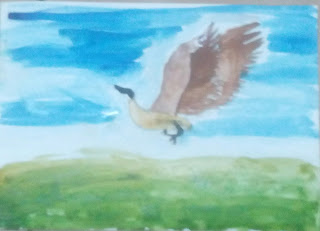 I told her briefly how the Europeans conquered most of the countries across the world and ruled over them. How slavery was practiced in America and some other colonies. How blacks did not have rights and were treated like animals. How they were not allowed education. In that context 'To Sir With Love' made some sense to her.

The look on her face was an indication about where it should go next.

So I told her that India also practiced a form of a system where people did different things - one sect was knowledgeable, one was to fight, one to do business and trade and one to do menial jobs. (I did not have the heart to tell her that there was another sect which was not part of these four - an untouchable, unseeable sect of people.) I however told her that though people lived together and did what they were best at, it did become at some point that only somebody's child would do that job and not any other who was equally good enough. Many were again denied rights in this system too. People were treated like animals again.

'That's team work. It does not mean that any one is less or different. Everybody is doing their job. If someone can do another job well he should do it.'

I nodded and continued. I told her that many were denied education and basic rights by a twisted interpretation of these ancient laws.

'That's unfair. It's what anyone does. Everyone has red blood only, right.'

Ah, how difficult it must be for someone to understand that it is another human being, another life. That everyone has red blood only. Glad Anjali has a different perspective - an equal opportunity, just perspective.