The Paradoxes of Our Lives - What We Are Attached To, Will Get Questioned First 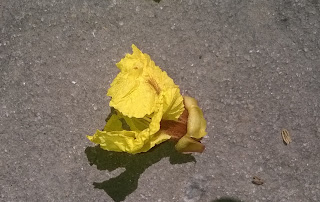 For example if I thought I was an honest man and I try hard to be an honest man, it is something that can be easily displaced and challenged. That happens because we have a fixed and rigid concept of what is honesty and when viewed by any perspective by another person, may appear to be dishonest even.

Thus what we really want to hear from the others, that they feel your honesty is of a high quality, may never come primarily because we are too attached to our concept of honesty. What we crave for will thus actually backfire. One may even be called dishonest.

It is better to be flexible, to act well and in the right spirit, but not crave for recognition of the same by others. To expect others to define it exactly the way you want it shows a kind of obsession to be that - one is trying too hard to be that which in itself is questionable.

You know what it means to you and that should be good enough. It is none of your business what the others think of it. If you are honest and believe you have been, be content in that space. Do not expect others to get your honesty as you define it.

If others consistently say you are dishonest then its time to look at yourself. Like Osho said that Gandhi was actually a violent man because he perpetrated a lot of violence on his own body. So could we be dishonest with ourselves and others in ways we do not know.

Go easy then. Tread lightly. Have your principles, but do not make rules of them. Be gentler with life. Do what you have to, because you want to, but do not try to make a virtue of it.
Posted by Harimohan at 10:40 PM