A Short Visit to Tadepalligudem

I visited TPGudem as Tadepalligudem is known for short with Ram for some family business. The town is a trading hub, close to Rajamundry and is about 380 kms from Hyderabad. Now its part of Andhra Pradesh and its the first time I am travelling to Andhra Pradesh as a new state since the bifurcation. The road is in excellent condition - which is the biggest danger - because the road makes you drive faster while the traffic behaves as in the old days. It comes from all sides, many times in the opposite direction on your side of the highway. So one must be more than watchful on these roads. We made it in seven hours which shows that driving on these roads is not as easy as it may look - if you wish to drive safe.
A dear old uncle of mine lived in TP Gudem. We remembered the smells of dosas and pesarattus that they would bring back to the guest house in those large carriers. Ram and I found that Udipi restaurant easily and partook of the said delicacies. Its still so old world and wonderful. We went again the next morning.
After the family business was done, Ram told me there was an old airfield in TP Gudem. That was news for me. He showed me the place. Crazy.

A huge gathering was going on - Bible Missionaries or something. Thousands of people. It was like a fair. Only bigger!
But what caught my eye was the fruits and food stuffs. They looked so fresh that I could not resists picking them up. 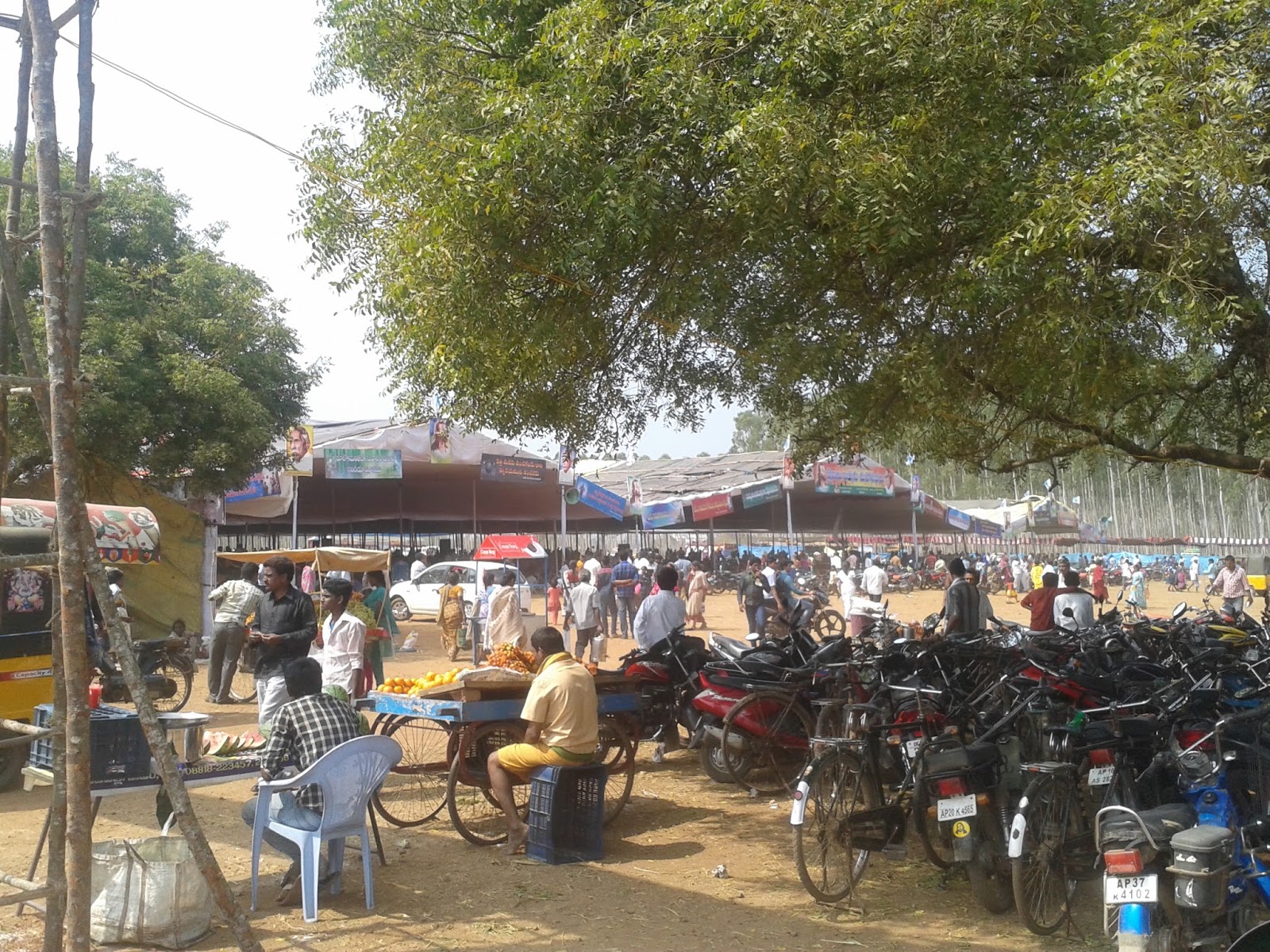 I picked up lots of guavas and the root they call tegalu, lovely to chew on. They really kept us going on the return journey.

And then the green fields that stretch for long along the highway. Stuff you don't get to see in Telangana.

And then the drive back home. A lovely sunset.

Posted by Harimohan at 6:48 AM