I got a call from Pavan, my cricketing pal from school days one night. He said an old friend wanted to talk to me. I wondered who it might be. Turns out it is Ved, from school.
Ved Vyas Dhar, stylish, intense, good looking and highly temperamental. Who would forget Ved. Certainly not I, since I spent a lot of time in my temperamental and lovable friend's company. We played much table tennis together, went to the library together and did some odd stuff, like perhaps talking books too. 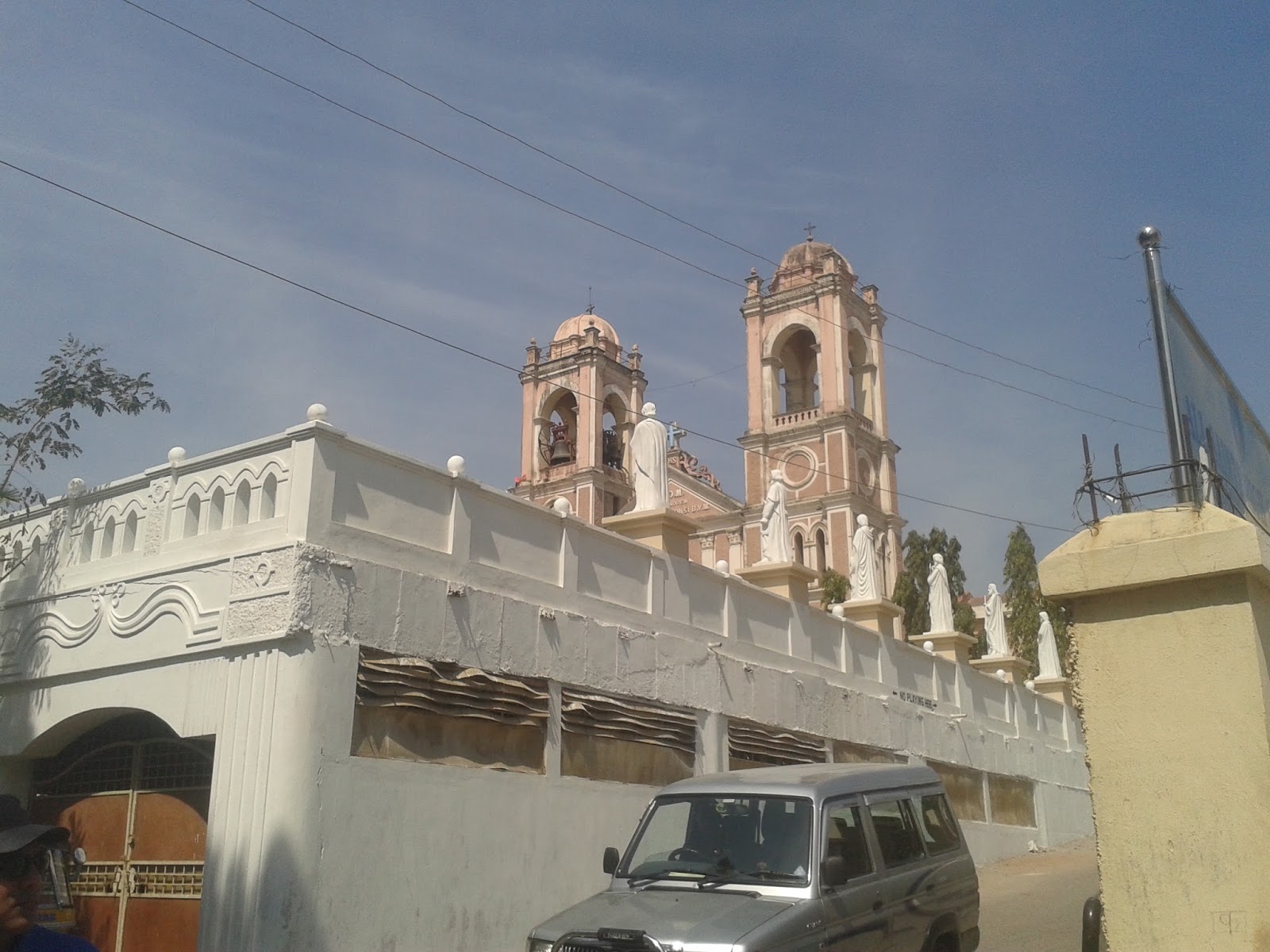 We were an odd couple - me all quiet and introverted, and Ved, all extroverted and likely to flare up at the slightest spark. Ved had a sharp tongue and a loud voice too. But he was always gentle and courteous with me.
Ved was not one of the regular rowdy crowd though he knew how to handle his end among the others. Eye for an eye, tooth for a tooth was his policy (I think). He had a softer, literary side to him. His father was a famous journalist who had worked with the Times, CNN etc in the USA before retiring as Editor of Indian Express. In fact the days that I met Ved must have been great times for his father - it was just after the Emergency period.

Apart from the table tennis and library phases, Ved and I also watched a few movies together. For instance we watched a movie called 'Jaguar Lives' after our tenth class at Srinivasa theatre. I met him once again briefly when he came with the VV College team to the OU campus for a match that VV played against OU Engineering College. I remember I got a big hundred and a five wicket haul that game. It was not too long a meeting and after that I lost touch.

Anyway I was blown to hear Ved on the other end. His voice has the same strength, mischief and fun. Now that he has been to America and lives in Australia, he had a distinct accent. But it was unmistakably Ved. We spoke for a while, planned to meet at school and so the meeting was fixed.

The group grew. More class mates joined. Jamshed was down here from Australia so he came. Arif was in his Optical Shop at Abids so he swung by. Ashok Sugandhi came too, between his many business engagements. Vinay Gopal, the tall basket ball player, another intense types, came. He came back from a long stint in America. (Arif, Vinay and Jamshed came to the book launch). Joel Wilson, cricketer and class mate came. Mohammed Ali and Farees came. Sanjay Saxena joined after a while - the gentle artist who ow works with Prakash Arts. And then came Ved, all bald now, with our senior and the man for all occasions - Joseph Fernandes - Head Boy for White House. 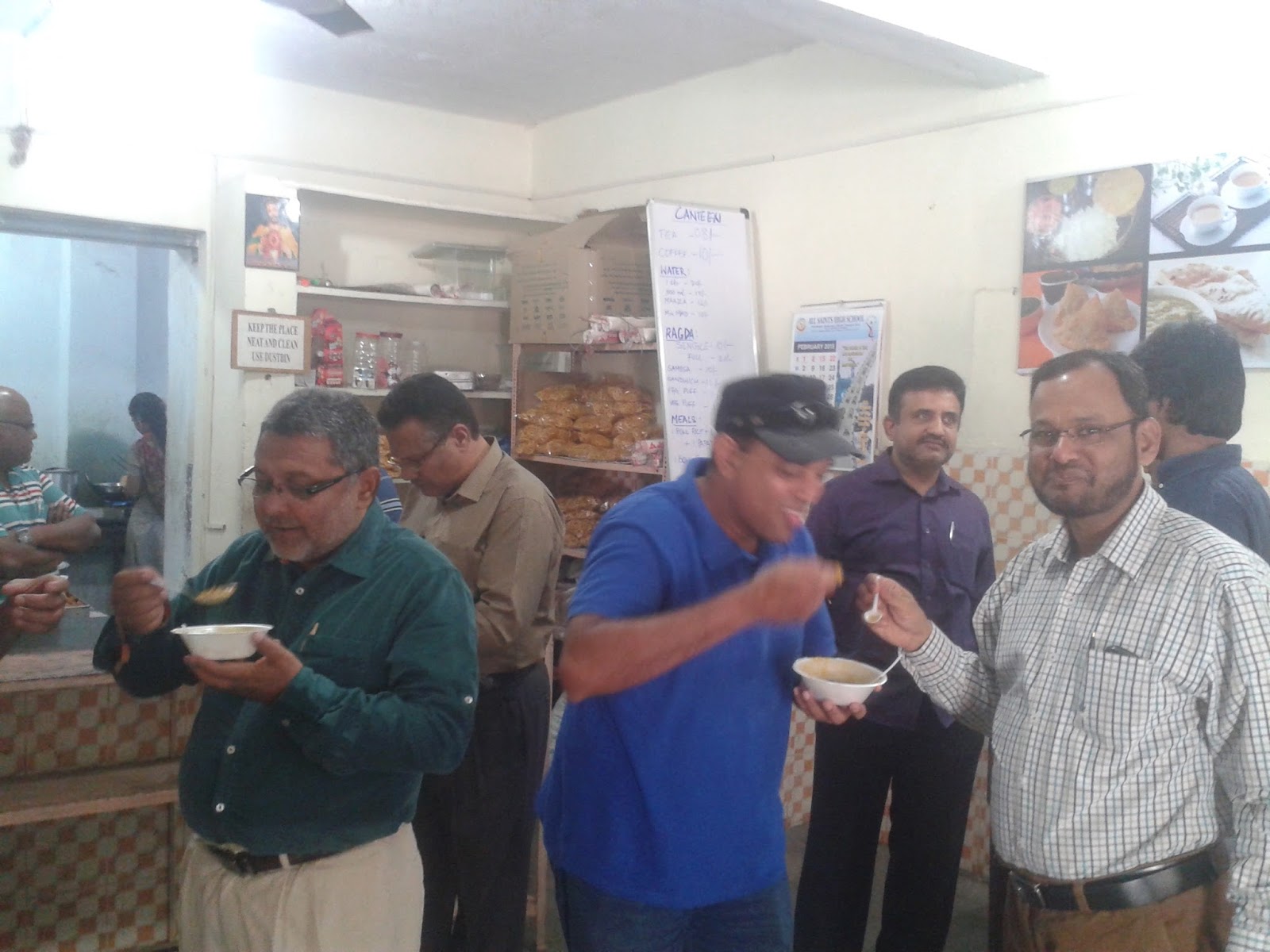 It was fun reminiscing. We all remembered the teachers, the class mates, the punishments, the fun. We entered the school, met the acting Rector. Walked around the quadrangle. Ved and Arif drank water at the taps. we ate ragda samosa in the canteen. Ashok, our canteen man, the one who made all those wonderful ragda samosas was no longer there, down with cancer they said, and in bed. That was sad. Ramesh, our friendly clerk passed away last year someone said.
Ms. Martina married Manoj, a student of the school, and one of the great love stories of our times. We remembered Bro. Thomas and his dalliances. Ved has many recalls of how he got busted for pranks and coming late. Once he got his older brother and introduced him to the Rector as his father apparently. All Saints was like that.

We looked at the Rosary Convent windows and wondered who we would wave at. I asked if anyone had a girlfriend from Rosary for all the talk we did.
None of us had even a whiff of a girlfriend. But Joseph said he had four and Joel said he had one from Rosary so we concluded it had to be a church steps romance. So much for all the adrenaline rush the girls gave.

Most of us split after spending a couple of hours. Ved, Vinay, Joseph and I went for lunch and extended the meeting a bit more.
The fact that the old criminals are back bodes for some fun times surely.
Posted by Harimohan at 3:21 PM