The song by Fleetwood Mac 'Little Lies' makes immense sense. 'Tell me lie, tell me sweet little lies' sings Stevie Nicks and for a long time, I wondered why people want to hear lies. But that's the truth - paradoxically, most of us want to hear lies. 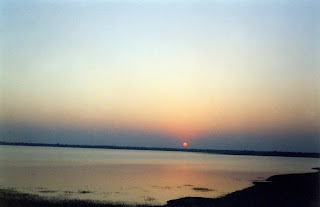 And once again, the salesman, the lover, the politician tell those sweet little lies and all is well again.

It works beautifully. Though I feel it's manipulation of the worst kind, demeaning the other's intelligence when you do this - I know not many subscribe to it. If they are not intelligent and if they 'ant' it, give it, take what you want and move on.

But you also have to look in the mirror. If you truly loved them, cared for them, would you want them to grow beyond this, or would you keep them there is the question. Women,  minorities, backward classes, children...smart is uplifting them, growing them.

Little lies are ok perhaps as long as they are harmless and create some happiness, but if it based only on those, and the opposite is being done, time to wake up.
Posted by Harimohan at 10:04 AM